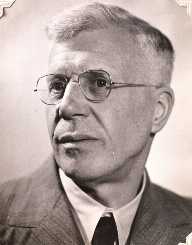 Sir Barnes Neville Wallis was born on September 26, 1887, in Ripley, Derbyshire, England. He received his education from the Christ’s Hospital in Horsham and Haberdashers’ Askes Hatcham Boy’s Grammar School in London.

Barnes Wallis left school when he was 17 years old, and began working at the Thames Engineering Works in southeast London. He later changed his apprenticeship to J. Samuel White’s shipbuilders on the Isle of Wight. In 1922, Wallis took a degree in engineering with the University of London External Program. In 1913, Wallis got the opportunity to work on airship and aircraft design, and he left J. Samuel White’s. He continued to work for the Vickers-Armstrongs company, which later became the British Aircraft Corporation until he retired in 1971.

In 1930, Barnes Wallis made his name in aircraft design when he used the geodetic design in engineering in the gasbag wiring of the R100. At the time, it was the largest aircraft ever designed. He and John Edwin Temple also pioneered the use of light alloy in the structural design of the R100. However, despite the expected performance and successful flight to Canada, the R100 was broken after a crash in northern France with its sister ship R101.

When the 101 was destructed, Airships became abandoned as a mode of mass transportation. Barnes Wallis then moved to the Vickers factory in Brooklands, Surrey. The pre-war designs all used Wallis’s geodetic design. The geodetic construction ensured a light and strong airframe. However, Vickers could not transfer the technology to other aircraft manufacturers.

When the World War II broke out in Europe Barnes Wallis wrote the paper “A Note on a Method of Attacking the Axis Powers.” He came up with ideas for huge bombs that could destroy large objects which could not be affected in any other way. His first large design weighed ten tons. The bomb was too much for any bomber to carry, but rather than dropping the idea, Wallis suggested a plane design that could carry it.

An experiment in 1942 led Barnes Wallis to write his paper “Spherical Bomb- Surface Torpedo.” His main idea was that a spherical bomb would avoid torpedo nets by skipping over the water surface and sinking directly next to a battleship. He also added backspin, causing the bomb to trail behind the aircraft. The bomb was named Upkeep, and Air Force used it for attacks on Mohne, Eder, and Sorpe dams in Ruhr area in Germany. After the success of his idea, Wallis returned to his idea of giant bombs and produced Tallboy, weighing 6 tons, as well as Grand Slam which weighed 10 tons. These bombs were not usable from high altitude since there was no aircraft to carry them, but they still could be dropped from a lower height. These bombs were used on several German targets, such as rocket launch sites, viaducts, and bridges.

In September 1940 the Vickers factory was badly bombed, and Barnes Wallis moved to Brooklands factory. In 1945 he became the Head of Vickers-ArmstrongsReseasch& Development Department. He began working on several projects, like supersonic flight and swing wing technology. In 1957, several projects were defunded by the government, and to receive US funding; several project details were passed.

One of Wallis’ biggest projects during the 1950s was the rocket-propelled torpedo HEYDAY, which was powered by compressed air and hydrogen peroxide. In 1955, Wallis became the consultant for Parkes Radio Telescope in Australia. During the 1960s he developed ideas for using large submarines for oil and other goods transport and worked on all-speed aircraft ideas. For his work, Wallis was awarded 10000 pounds from the Royal Commission on Awards to Inventors.

In 1922, Barnes Wallis met Molly Bloxam at a family gathering. She was his cousin-in-law, at the time 17 years old. She and Wallis began corresponding, exchanging more than 250 letters. He proposed to Bloxam on her 20th birthday and the couple married in 1925. Barnes and Molly had four children together, and they adopted Molly’s sister's children after she was killed in an air raid.