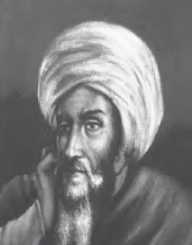 Ahmad Ibn Rushd, better known in West Latin as Averroes, was one of the most influential Islamic religious philosophers of his time. With his vast knowledge of theology, psychology, Aristotelian and Islamic philosophy, mathematics, geography, among other areas, Averroes was able to integrate Islamic traditions with the ancient Greek thought successfully.

Indeed, if there was a true defender of Aristotelian philosophy of the period between 1126 and 1198, it had to be none other than Ahmad Ibn Rushd (Averroes). Many people around the world regarded him as the final and most influential Muslim philosopher.

Averroes was born on 14th April 1126 in Cordoba (now Spain) to a distinguished family of jurists. His star sign was Aries. His grandfather served as a Cordoba judge under the Almoravids, a position that was later also held by his father, Abu Al-Qasim Ahmad until the year 1146 when the Almohads replaced the Almoravids.

Averroes started his traditional education at a young age starting with the study of linguistics (Hadith) followed by jurisprudence and finally scholastic theology. He also studied medicine under Abu Jafar Ibn Harun of Trujillo, Seville.

Averroes legal studies were directed by his teacher and friend called Ibn Zuhr who was also at that time a great Muslim physician. He was introduced to Ibn Zuhr and the court by Ibn Tufail. The same Ibn Tufail also inspired him to write most of his famous commentaries on Aristotle.

Averroes also studied philosophy under Ibn Hajjah. Bijan was also another famous Islamic philosopher. The thought of Ibn Tufail and Ibn Bijjah, both who were his mentors, were mystic while the thought of Ibn Rushd was purely rational. However, the three of them are considered great philosophers.

Averroes was greatly helped by Ibn Tufail at the beginning of his career since Tufail was the one who introduced him to the court and connected him with people who greatly helped him. In the year 1160, he was appointed the judge (Qadi) of Seville. During this period, Averroes served in several court appointments in Seville, Morocco, and Cordoba.

Ibn Rushd was also a writer who devoted thirty years of his life writing philosophical works. He also wrote about religion, the origin of the universe, about attributes of God, psychology, and metaphysics.

His writing work specifically started in the year 1157 when he was 31 years of age. The early topics covered in his writing include Islamic medicine, mathematics, Astronomy, Islamic philosophy, grammar, Islamic theology, Islamic law (Sharia) among others.

In total, Averroes wrote not less than eighty original works including 28 on philosophy, eight on law, 20 in Medicine, five on theology and four on Grammar. Most of his work was first translated from Arabic into Hebrew by Jacob Anatoli in the 13th century. Ibn Rushd was also famous for his role in developing a theory of the intellect. This theory later influenced the history of Aristotelian scholarship.

Averroes is one of the highly regarded legal scholars of the Maliki School. Asteroid 8318 was named after him as well as the plant Genus Averrhoa. In the year 2007, Kareem Salama, a Muslim pop musician composed and performed a song titled Aristotle and Averroes in his honor.

In the year 1195, Abu Yusuf Yaqub al-Mansur banished him and even ordered his work burned. This was because, despite having worked for Abu Yusuf as his physician, Averroes’s strictly rationalized views collided with this ruler’s more orthodox views.

Averroes was not allowed to return to Marrakesh until the year 1197. Ibn Rushd did not like possessions or even power. In his daily life, he was always a generous and humble person. He also believed that a virtuous person is one who is ready to give even to his/her enemy.

Shortly after his return, Averroes fell sick and eventually died on 10th December 1198 at the Maghreb, Almohad Caliphate, Marrakesh (presently Morocco). However, his body was returned to Cordoba (presently Spain) where he was buried.