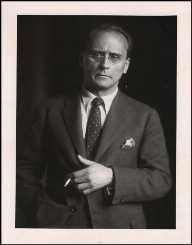 Anton Webern was an Austrian composer who is best known for being part of the Second Viennese School of composers and pioneering twelve-tone technique.

Webern was born on 3 December 1883 in Vienna, Austria-Hungary Empire. His father, Carl von Webern, was a civil servant and his mother, Amelie née Geer, was a pianist and singer. He spent most of his youth in Graz, Austria. However, it was in his family’s country house, the Pre golf, in Oberdorf that he almost felt at home. Webern would write poems, An der Preglhof, about the country house and Summerwind, about his childhood summers. Webern studied musicology in Vienna University in 1902 and completed a doctoral thesis in 1906.

After leaving University, he studied composition under Arnold Schoenberg and worked in some theatres across the Austro-Hungarian and German Empires. Webern was called up to serve in the Austrian army during the First World War but was discharged in 1916 due to his poor eyesight. After the Great War and the collapse of the Austro-Hungarian Empire Webern worked as a conductor of the Vienna Worker’s Symphony and Vienna Worker’s Chorus. He also worked on Austrian radio and made performances on German, Swiss and Spanish radio. He devoted a lot of his time to teaching and composing; he taught at the Jewish Cultural Institute for the Blind. Webern began to suffer as fascism began to rise in Europe. His music was banned in Germany after the rise of the Nazis in 1933.

Webern also resigned from a conducting job in Austria after he was criticised for hiring a Jewish singer. As fascism grew in Austria, Webern was labeled a Bolshevik and a Jew. Webern found that work in music dried up and had to take work as a proof-reader. Webern was saved by a Swiss admirer of his work, Werner Reinhart, who organized for Webern to travel to Switzerland to see the opening of his variations for Orchestra in 1943.

Webern fled Vienna with his family in 1945 as the Soviet Red Army approached the city. Webern only published thirty-one compositions during his life. Despite the lack of quantity, Webern’s work was highly influential both sides of the Iron Curtain. He was seen as the most difficult and intriguing of the composers from the Second Viennese School.

Webern married Wilhelmine Mortl in 1911. The couple had four children together, three daughters and a son. Webern recorded in letters how the family endured bombings during the Second World War. His family fled Vienna with his family in 1945. His son, Peter, was killed in a strafing attack on the train he was riding in. Webern was shot dead by an American soldier after the end of the Second World War and the allied occupation. Webern was outside his front door smoking when Raymond Norwood Bell shot him dead. It was forty-five minutes before the Allied enforced curfew was set to be imposed. Webern died on 15 September 1945.

Webern has faced controversy from historians and students of his work for his association with the Nazis. Despite being banned by the Nazis and labeled a Bolshevik, he was still seen as a lukewarm supporter of the Nazis. Webern was a great supporter of a Greater Germany, and so he welcomed the Anschluss in 1938. However, there also exists a correspondence between Webern and friends were he outlines his support for a Catholic fascist government akin to that in Italy and Spain as superior to that of the Nazis.

He was also critical of the Nazis cultural policies. There are also writings and accounts of Webern sharing anti-Semitic sentiment. This is again contrasted by his work with Jews before the Second World War and the care he and his family took to look after two Jews, Gorgi Schoenberg and Josef Polnauer, and their families during the Nazi occupation. Gorgi lived in Webern’s apartment and was almost executed by Russians because there were Nazi propaganda and munitions in the basement of the building. Webern’s son was a Nazi and fought during the Second World War in the German Army.