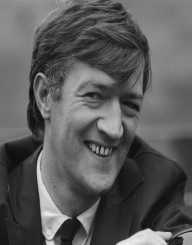 Adrian Mitchell was an English poet and playwright who is best known for his writings on nuclear weapons.

Mitchell was born on 24 October 1932 in Hampstead Heath, London, England. He was the son of Kathleen Fabian and Jock Mitchell. His mother was a nursery school teacher, and his father worked as a research chemist. Mitchell received his early education in Bath and Greenways School in Wiltshire. He then went on to attend the Dauntsey’s School, a Church of England boarding school. Upon graduating from school, he completed his national service as a member of the Royal Air Force. Upon the completion of his service, he attended Christ Church College at Oxford University. At university, he chaired the poetry society and became the editor of Isis Magazine.

Mitchell’s first job after university was as a journalist for the Oxford newspaper, Oxford Mail. He later moved to London and worked for the Evening Standard. Mitchell worked for both the Sun and the Sunday Times before quitting journalism in the mid-1960s.

While still working for various tabloid newspapers Mitchell also began writing plays for television and worked on his first novel. If You See Me Comin’, was his first major work of note and was published in 1962. Mitchell’s work was largely influenced by his left-wing views and often used satire to broadcast his message. An early example of this was his poem; Royalty is a Neurosis, Get Well Soon, a poem commissioned about the Prince of Wales and his principality. Mitchell was also an outspoken critic of the Vietnam War and nuclear weapons. Again he used his poetry to convey his opposition to both. To Whom It May Concern, was one of his poems that dealt with the media coverage of the war in Vietnam.

Mitchell was involved in the ‘Ban the Bomb’ protests during the 1960s and often spoke publicly at marches and protests. Mitchell worked in America from 196-67 as a writing instructor at the University of Iowa. He then received work at the University of Lancaster in England. He continued his writing and published three novels during the 1970s, Bodyguard, Wartime and Man Friday. In 1972, he clashed with British Prime Minister, Ted Heath, over the war in Northern Ireland and the atrocities committed by British forces there Mitchell spent a year as a resident writer at a theatre in Cardiff in 1974. Mitchell also devoted a large portion of his works to children. In 1982, he became the resident playwright for the Unicorn Theatre for Children.

Mitchell wrote a stage adaption of the children’s classic, The Lion the Witch and the Wardrobe, in 1998, critics well received the play. The following year he published two works for children, Daft as a Doughnut and Dancing in the Street. He continued to publish left wing satire and was particularly popular for his opposition to the 2003 invasion of Iraq.