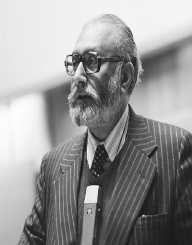 Abdus Salam was a renowned Pakistan theoretical physicist/scientist. He made history when he became the first Pakistani/Muslim to be awarded the Nobel Prize of Science. He was also the second in an Islamic country after Anwar Sadat of Egypt to receive a Nobel Prize. Salam was quite prominent, especially in the 20th century. As a scientific Father, a name given to him by other scientists he worked with, he was a great influence toward encouraging his country in doing scientific researches. Abdus Salam is best remembered by assiduously conducting researches till his last breath.

Despite the great scientific work and influence of Salam, he was discriminated and rejected by his country. He belonged to Ahmaddiya community, a community considered a Non-Muslim in his country. It was under this situation that Salam was compelled to migrate to England where he spent his ultimate days.

Abdus Salam was born on January 29, 1926. His birthplace was in Pakistan. His parents were Chaudhry Muhammad Hussain and Hazira Hussain. His father was an education officer and his grandmother a physician as well as a religious scholar.

Abdus Salam joined Punjab University when he was 14 years old. He was the first student ever in the history of the university to score the highest marks. He chose to pursue BA in mathematics in 1944 despite persuasions from his mentors to be an English teacher. Abdus Salam joined Government College University to pursue M.A in Mathematics and completed in 1946. He then got a scholarship at the University of Cambridge immediately after completing Government College University. He specialized in physics and mathematics, and by 1949 he had his BA degree. He had his Ph.D. from Cavendish Laboratory at Cambridge. He pursued theoretical physics, and Quantum Electrodynamics was his choice for a doctoral thesis.

At the age of 33, Abdus Salam was named Fellow of the Royal Society. No one had ever been given that name at such a young age. In 1960 he was the scientific advisor of Pakistan government where he brought massive changes to the field of research. Salam’s requested for a research center to president Ayub Khan was fulfilled with the establishment of Space and Upper Atmosphere Research Commission in 1961.

Some of the awards Abdus Salam received during his research career include but are not limited to: Smith’s Award in 1950 and Adam’s Prize in 1958 both from Cambridge University. In 1958 he was awarded Sitara-E-Pakistan from the government of Pakistan for being a great influence in scientific research. In 1968 he was awarded Atoms Peace Award for excelling in nuclear research. These are just but a few examples that Salam received before he died.

Abdus Salam first wife was Amtul Hafeez Begum, and they had a son and three daughters. His second wife till the time of his death was Dame Louise Johnson, and they had a daughter and a son.

Abdus Salam had his last breath on November 21st, 1996. This was after struggling with Progressive Cerebral Palsy. After his death, a stamp was issued by the government of Pakistan in honor of Salam’s scientific contributions to the country.