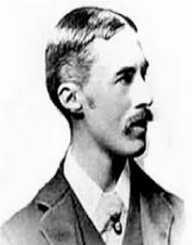 A.E. Housman was an English Scholar and poet born in March 1859 and died in April 1836. He is remembered as a poet who conveyed his romantic lyrics in a simple style quite so touching. Sadly, his life was not an easy one. He lost his mother at a young age.

Later, while a student at Oxford he fell in love with a fellow male student who did not feel the same way. This led to great emotional turmoil which even led to him falling in his final examinations. Luckily for him, his brilliant mind and love for poems kept him going. Among his notable works was A Shropshire Lad.

A.E. Housman alias Alfred Edward Houseman was born on March 26, 1859, in Fockbury, Worcestershire in England, United Kingdom. He was the firstborn of a family of 7 children. His father was a solicitor hence he was not quite close to him the way he was with his mother. Therefore, he suffered a cruel blow when his mother died. He was only 12 the time.

Some of his pessimism expressed in some of his poems is thought to be linked to the loss of his loving mother at such a young age.  His college life was no consolation to the sad Houseman. It was at Oxford while undertaking the studies that he realized his homosexual desires.

A.E. Housman felt oppressed even further that realization. This is after he fell in love with a fellow student who could not love him back but wanted them to be nothing more than friends. Houseman was a great scholar. However, he did not do well in his final examination following his sad love story.

In 1882, Houseman began working in the Patent Office in London as a clerk. He held the position till 1892. During that time, he would frequently go to the British Museum in the evenings to study Latin texts. Being a brilliant master in languages, he could easily pick errors in the readings. He would then correct them.

Houseman also wrote many articles that were published in journals. It was hard for scholars to notice his unique and captivating way of writing. This led to his appointment at University College, London as a Latin professor in 1892. Later, in 1911, Houseman joined Cambridge, still, as a professor of Latin. This is where he taught for the most of his life.