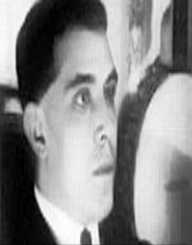 Juan Gris (1887-1927) was a Spanish painter, and one of the leading exponents of Cubism. Among his most well-known works is Portrait of Picasso (1912).

José Victoriano González-Pérez, better known as Juan Gris, was born on March 23, 1887, in Madrid, Spain. He was the thirteenth of the fourteen children of the businessman Gregorio González Rodríguez and Isabel Pérez Brasategui.

In 1902 Juan Gris enrolled in the School of Arts and Sciences (Escuela de Artes y Manufacturas) in Madrid. There, he studied engineering, physics, mathematics and mechanical drawing. From 1904 to 1905 he studied painting with José Moreno Carbonero. Then, in 1906 he moved to Paris to avoid being drafted into the army.

In Paris, Juan became friends with Pablo Picasso, Georges Braque, Henri Matisse and Fernand Léger. He considered Picasso as one of his teachers, although they later became distanced both artistically and in their personal lives. During his early years in Paris, Gris published satirical cartoons for several newspapers, and it wasn’t until 1910 that he started painting seriously and shifted to a Cubist style.

In 1912, Juan Gris exhibited his first Cubist paintings, and also signed a contract with the art dealer D.-H. Kahnweiler who subsequently managed his works. The style of his original paintings was Analytical Cubism, but after 1913 he began a shift towards Synthetic Cubism. In contrast to other Cubists, like Picasso, Gris’s paintings feature vivid color combinations.

During 1914, he worked on his use of papier collé. Previously developed by Picasso and Braque, this technique involves pasting pieces of paper or cardboard onto the painting surface. However, Gris further developed it and more thoroughly combined the posted documents with his oil paints. This technique was one of his significant contributions as a Cubist.

Juan’s paintings in the years 1916-1917 fall into the syle of Crystal Cubism. Some of their characteristics include simplified geometric structures and the blurring of the boundaries between objects. An example of one of his paintings during this time is Woman with Mandolin, after Corot (1916). Also in 1917, he produced the sculpture Harlequin, one of the few statues he ever made.

His work was featured in several prominent exhibitions during the early 1920s. In 1924 worked for the ballet company Ballets Russes, designing ballet sets and costumes. His last work of art was Femme a pannier (1927).

Juan Gris had several romantic relationships throughout his life. In 1909 he had a son, Georges Gris, with Lucie Belin, although the couple later separated. In 1912 he met Fernande Herpin, better known as Josette, who would become his life-long partner.

Toward the end of his life, Gris suffered from uremia and other health issues. He died of kidney failure on May 11, 1927, in Boulogne-sur-Seine. He was 40 years old.

Gris’s work was not much recognized during his life. It was not until the 1980s that Museums began acquiring his works. Now, however, Juan Gris is considered one of the great exponents of Cubism. The highest price paid for a Gris painting was 57.1 million dollars for Nature morte à la nappe à carreaux (1915).