7 Signs You Are Dating A Player

7 Signs You Are Dating A Player

Let’s  take a look at a few signs that you are dating a player and someone who is not serious about the relationship.

#1. First he is confident

On normal occasions men are not so sure what to say at the beginning of the first date. This one seems to be fine. He doesn’t mince his words. His intentions will roll right out of his tongue. He will not let there be an awkward moment. He will get you a drink and tell you how stunning you look and how he would not mind knowing you better. Honey that’s a player you are staring at.

#2. He doesn’t talk about himself

It is your second date and he only makes you laugh with his interesting tales. He doesn’t say much about who he is or his family and friends. He just hilarious and all you needed was a good laugh. He goes on and on about social and political jokes but never about where he went to school or his childhood. Player that’s what he is. 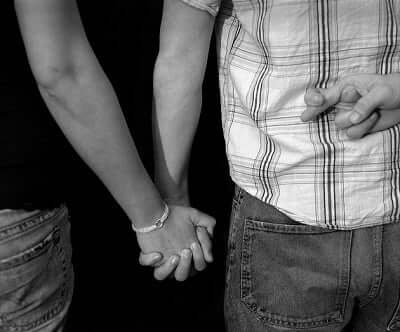 #3. He has this phone that is so annoying

It is on vibrate and won’t stop vibrating. Someone is always calling when you are on dates. He keeps checking his mobile phone and texting. It takes more than half his attention. When you ask he keeps apologizing. He also tells you of this awesome pay plan where he gets free airtime. Yes you are getting played so run as fast as you can and do not look back.

#4. He makes your relationship all about sex

He plans this romantic get-aways to his parents’ cabins. He comes over at night and won’t stay for breakfast. Sometimes he comes to check on you during the day and is in such a hurry after amazing sex. He may invite you over but his mum calls to say she will be coming right after hot sex in the tub. He prefers dinner at his house instead of a restaurant. Code word player!

#5. He is like a bee always in the middle of stuff

Busy is a word that is so familiar. He is not able to pick up calls always texting that he will call back. And he does eventually call at night or very early in the morning. He complains about how he has so many projects and deadlines. Player is his middle name, sweetheart (that’s what he calls you right?). 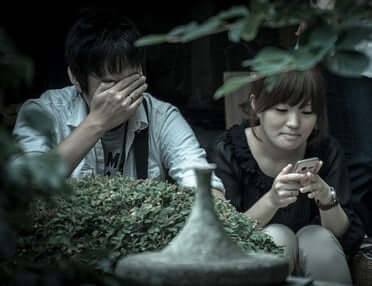 He has no idea you hate milk in your coffee even in your third date. He doesn’t know which kind of movie to bring even after a dozen movie nights. He forgot your birthday and brought roses (which you are allergic to) as an apology. He forgets the extra caramel on your ice-cream every time you are at the cream shop. Twice a coincidence, thrice a reality.

You want to believe what he is saying but it keeps changing. He can’t remember his lies. Today his mother died when he was young, then he makes an excuse to go see her when taking a rain check on a date. When you meet again he says he meant his aunt who is like a mum. He has a habit of changing plans and venues abruptly with no valid reason.

In the same way he plans things and calls at the list time you expect. He doesn’t pick up calls when he is with you and keeps saying its work and that you are more important. The only friends of his you know won’t stop whispering and sending signals to him. He has a way of making you calm down when you get mad even if he won’t answer your question. Player is his middle name now that you were dying to find out.