The starfish animal totem is an extremely simple animal. In fact, many people confuse this animal as being a plant. The starfish moves slowly in the oceans and lives a rather easy life. It eats things that move less than it does most of the time, and it has special defenses so that it can protect itself from being eaten.


Unlike many other animals, the starfish spirit guide does not have a brain. This doesn’t mean that its whole life is meaningless or that it is stupid. The starfish spiritual totem does all that it can to survive, but it relies more on its nerves rather than a thought-system. 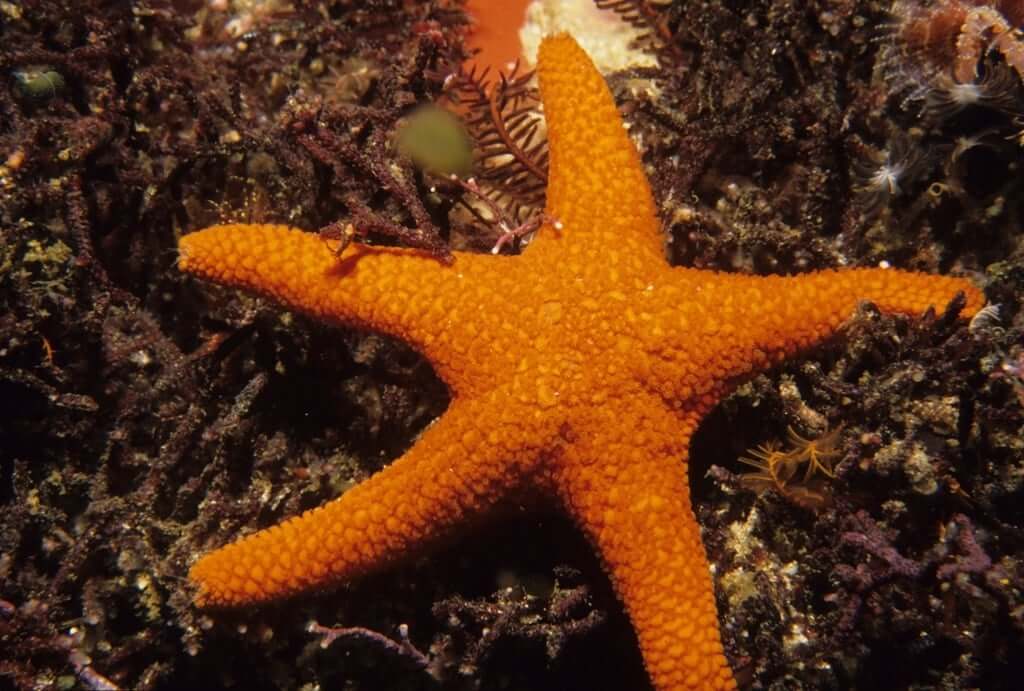 The starfish’s lack of brain is part of what makes its symbolism so important. Because it does not think, the starfish animal totem makes a great symbol for instinct and reflexes. The starfish doesn’t think about what it is going to do, it just does it. This is one of the things that helps to keep the starfish safe and that helps it too keep away from other predators.


If a starfish feels like something is wrong, it will react as soon as it can to save itself.  This can apply to a human’s life as well. A person’s instinct is usually right. Many people say that your first guess is usually your best guess. Be like the starfish and use your instinct and reflexes to your benefit.


One other amazing difference between starfish and humans is that a starfish totem can regrow their limbs when they lose them. This is not a skill that only starfish can do though. Many reptiles like the chameleon can grow back their tails and even some limbs back after they have been injured. This is one skill that people obviously do not have. If we lose a limb, then our best hope is for a prosthetic, not our own body.

In this way, the starfish symbol can stand for regeneration and growth. Also, self-sustainability is one of the starfish’s better traits. Even if the starfish does get a bite taken out of it, it can still help to cure itself over time. While humans can cure cuts and things on their own, it would be an amazing accomplishment if science could help people to grow back their own limbs like the surprising starfish.

Opposites are another matter altogether. Starfish, of course look like stars. One thing that does really look like the drawn-out version of a starfish totem are the actual stars in the night sky. If anything, stars look more like shiny circle-like beings. This is part of the opposites in the starfish. They are actually star-shaped, and unlike the stars in the sky,  they make their home in the sea on earth. People can have opposites like the starfish, even if the scale isn’t so drastic.

Starfish totems are interesting animals to symbolize. Its a reminder that there are things so similar, but also so different from ourselves.