Crystals of every type have been tied to magic and magical forces for as long as there have been magical traditions.

Whether we’re speaking about the deep blood red of the cabochon rare ruby, or the relatively common but beautiful clearness of quartz, these treasures from the earth have many reported properties in relation to magic.

Crystals are often used as a grounding device for excess energies, as a foci point for mediation, and even as a sort of psychic battery used for charging and powering a spell.

The number of uses that crystals can be put to are limited only by the initiative and creativity of the individual utilizing them. In some of their simplest applications, they are worn as jewelry to utilize their intrinsic qualities.

Hematite, for instance, is known for cooling those who are wearing it, and is often found being worn as a bracelet or as a necklace to take advantage of this. Clear Quartz is known as a natural purifier, and is often worn to repel negative energies throughout our day.

Black Tourmaline has some unique properties, excellent at grounding electricity and generally eliminating unwanted EMF fields, making it popular with those who work with electricity.

In addition to crystals being worn as jewelry, it is used in the construction of magical instruments, bringing the energies of the crystals into play when the tool is utilized in magical work. 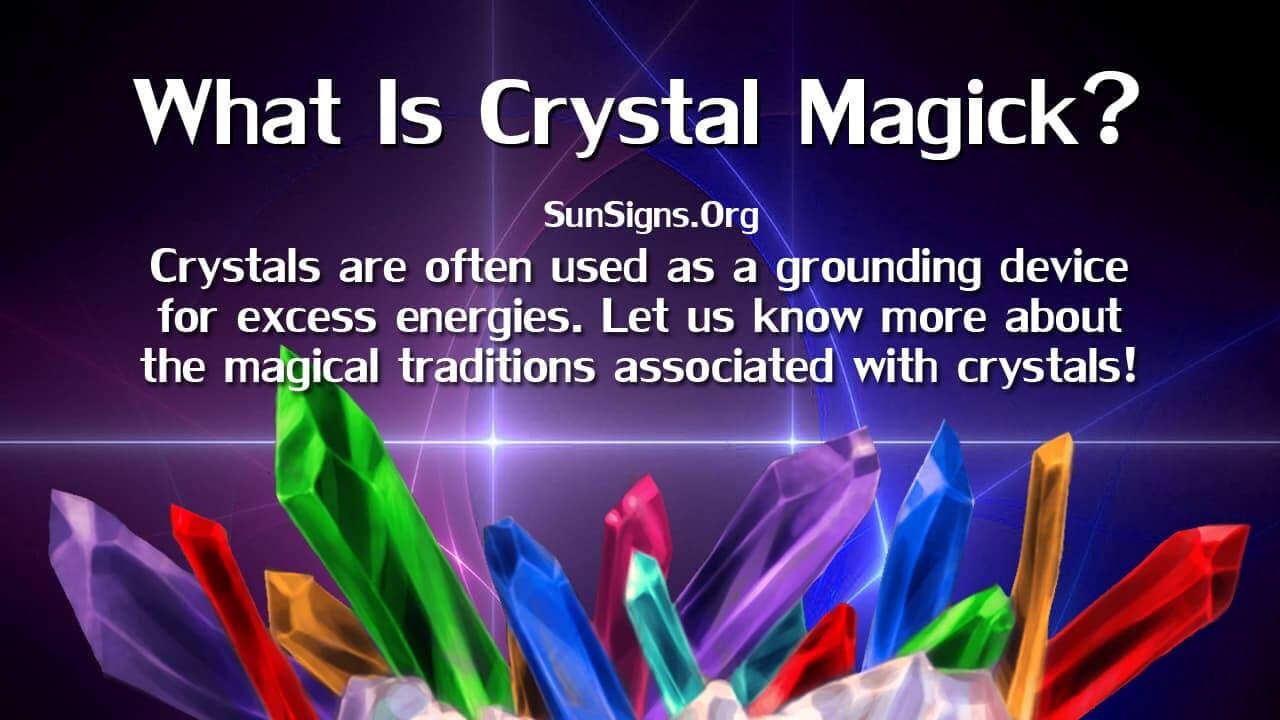 It is not unheard of for certain covens to have entire sets of Wicca tools specially constructed and dedicated to certain kinds of working. There may be wands for banishments, initiations, Athame used specifically at the Samhain night, or a goblet used primarily in workings involving relationships.

You will also find crystals set upon pagan altars, bringing the same energy to the altar that the crystal represents. Sometimes a single crystal is placed in a bowl of white sand or salt. It is surrounded by items that need purification from residual energies, or crystals representing the elements may be imbedded at each point of the altar pentacle.

There are many different aspects to consider when utilizing crystal magic, some of them based on how crystals are formed. Quartz crystals, among others that share similar formation properties, can have a single point, or terminus, or be double terminated. This can be relevant in how you would utilize those energies.

One thing that crystals are particularly well suited for is long-term sustained magical working. You may wish to build a ward of protection around your home. While this can be done without the use of crystals, utilizing crystals can serve as a grounding point for the ward, and prevent its accidental dispersion. Grounded in the crystals, the field is basically ‘plugged in’ to anchor points that keep the infused power up and circulating.

This is just a minor introduction to working with crystals and their inherent magical power and properties. Know that working with crystals can be a fascinating and rewarding magical experience, especially if you go out and do some rock hounding yourself to find your own stones rather than buying them from a retail store for practicing your crystal magic!