The poppy is a historically significant flower, and it has taken on several symbolic meanings from various cultures throughout time. The poppy is used to symbolize a wide variety of things. In fact, it simultaneously serves as a symbol for both peace and death.

This poppy flower is also available in a wide range of colors, which can represent a variety of different messages. Because poppies produce opium, they have been associated with ideas of death. Poppy seeds also contain morphine and codeine, and are therefore a natural pain reliever. This is likely why they are associated with similar ideas of peace and rest. 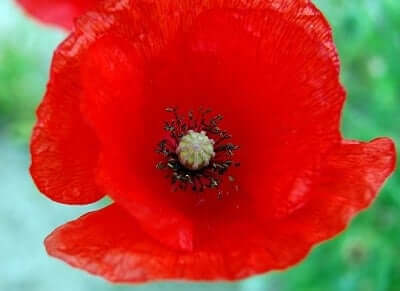 This is true in Chinese symbolism, which perceives the poppy flower as symbolizing death, sloth, and rest. The idea of sloth in regards to the poppy comes from the use of opiates. While some view drug use as way of expanding one’s mind, spiritual masters view this approach as being lazy.


True self-discovery and enlightenment should be found within. One should not be reliant on external resources and substances to find mental clarity. However, Chinese flowers symbolism also honors the poppy by associating it with beauty, due to the vibrant colors of its petals and generally pleasing appearance.

The popaver rhoea, or Scarlet corn poppies, is the type of poppy that has been the symbol of remembrance for fallen soldiers. This began around the early 20th century after a series of brutal wars plagued Europe. Many soldiers were killed and much of the land was destroyed. In many areas of Western Europe, plants growth was highly affected. Over much of this area, the only flower to blossom was the poppy.


Canadian John MCrae wrote a poem titled In Flanders Fields, which documented the horrors of the war and named the poppy as a way to remember the fallen soldiers. From that point forward, wearing red poppies served as a way honor fallen soldiers, the bright red color symbolizing the blood on the battlefield. Red poppies were also used as a gift to dead in Greek and Roman myth. Conversely, the white poppy has been adopted as the symbol of peace and pacifism.

If you want to gain a deeper understanding of what the image of a poppy is trying to convey to you (for example, through a dream, as poppies are important in Greek mythology and are generally thought to mean imagination and sleep) there are a few things to consider.

First, is there a color associated with the poppy? If so, look into the meanings of the 7 Chakras. A dream about an orange California poppy might signify an upcoming creative period. Meanwhile, a blue poppy might be foreshadowing a greater sense of clarity in the near future.

Other common ideas associated with the poppy symbolic meaning include attraction, expression, safety, reproduction and birth. Because there are many ways to interpret the message of the poppy symbolism, the best way to understand its meaning is to have a strong sense of self. The better you know yourself, the better you will be able to interpret these universal messages and understand how they are applicable in your everyday life.

If the poppy flower symbol seeks you out, take steps to better understand its meaning. It has a rich symbolic history, and by researching this flower, you might find that you learn great things about yourself.