While some animals may enter your life and awareness to attract your attention to something “not quite right” in your life, many other animal symbols appear to you for positive and pleasant reasons. Specifically, some animals are thought to be an omen of good luck to come in one’s immediate future. There is a long list of trinkets, foods, practices, and symbols that are thought to ward off bad luck and evil spirits, but we are better off indulging in the positive and donning signs of good luck. Prepare for a potentially unlucky and negative situation instead of running from it. In this way, you can make your own luck.

Although balance in the natural world is important, certain animal totems are far more associated with luck and prosperity than others. Throughout history, this has been further perpetuated by humans and their storytelling. Across many cultures, myths and morals created by people have included animals as companions and good luck charms.

These animals gained their reputations as such as a result of our oral tradition. Storytellers characterized animals with attributes by observing them in the wild. Animals who possessed traits such as cleverness, cunning, loyalty, and resourcefulness were much more likely to cut. While many examples of good luck animals exist, we will focus on some of the most easily interpreted and wildly accepted. 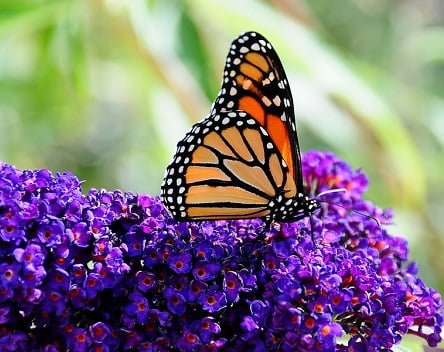 The first animal symbolizing good luck is the bat. This may come as a surprise, as bats have been associated with witches, vampires, and other evils since the Middle Ages. During these times in these cultures, bats were, in fact, considered bad luck. However, other cultures, such as the Chinese, wear bat symbols to signify longevity and happiness. Black cats also fell under this Middle Age spell, but are now considered symbols of good luck, too.

Next, we can look at bears. Although encountering one in the wild can surely end in disaster, bears are still viewed as a symbol of excellent luck, especially by certain Native North American tribes. If the tribe were fortunate enough to hunt a bear successfully, that would mean that the entire village would be fed. Additionally, these large furry beasts are considered by some to be possessors of supernatural powers, as they are capable of sustaining themselves during their winter hibernation.

Small and sweet, the bee animal totem is our next simple, everyday symbol of good luck in nature. Bees allow much of life to be sustained by pollination, and encountering one symbolizes the strong sustenance that you will experience throughout your own life. However, if a bee dies in your home, it is an omen of bad luck, so be on the lookout for some imminent negativity.

Bulls are next on our list of lucky animals to encounter. Ancient Greek, Egyptian, East Indian, Celtic, and Etruscan cultures valued the bull animal symbol for its strong and masculine attributes of fertility, virility, longevity, health, and dignity. These groups commonly pictured bulls on engravings, talismans, and jewelry to channel the creature’s lucky aura. The Greeks took this a step further, wearing bull pendants to absorb its active sexual libido, which, they believed, would bless them with large families and bountiful harvests. A bull was the animal symbol of the god of fertility, and, by doing this, they believed they were honoring him.

A commonly known symbol of good luck across the world is the tiny cricket. This insect animal totem has been a lucky sign for thousands of years. The belief stems from various cultural myths and stories passed down through generations. In China, they consider the cricket to be a protector who stops chirping to alert the household of danger or the arrival of an outsider.

The Chinese also revere cricket for its endurance, considering it a representative of a long and prosperous life. Native Americans also have a similar belief. In almost every culture across the Far East to Western Europe, it is very bad luck to kill a cricket. Amulets depicting crickets were worn in Europe and the Middle East, as well. In addition to cricket, ladybugs are another insect that is commonly accepted as lucky.

The elephant is another commonly accepted symbol of wisdom, power, strength, and loyalty. These creatures are a sign of good luck all over the world, especially when their trunk is in an upright position, proclaiming its joy like a trumpet. Therefore, elephants are highly valued in Buddhism, as are goldfish. Whether in the flesh or purely as a charm, goldfish are revered across the Buddhist world. Like other good luck animals, they symbolize long and happy life and marriage.

Majestic horses have been considered lucky creatures for thousands of years, probably due to their key role in advancing civilizations. As with other animals, it was common for people to don amulets and charms in the shape of horses. They assist the wearer in rising to new heights, achieving great things while living happily. Horses are not only powerful but beautiful, making them particularly wondrous creatures and good luck charms.

The soft and timid yet wickedly fast rabbit is another famous omen of good luck. Apart from the belief in lucky rabbits’ feet, they are among the most fertile creatures with seemingly insatiable libidos. Considering this, they obviously signify healthy and loving relationships, fertility, and large families. Additionally, they appear after the cold and barren winter during the fertile and blossoming spring. Therefore, they are heralds of new life, thus making them very lucky.

Rounding out this condensed list is a creature that most people worldwide are not huge fans of the spider. Many cultures stand by believing that it is very unlucky to kill a spider, leaving any person who does it with dire consequences. Supposedly, encountering a spider web is also a positive omen, signaling the meeting of a friend, for example. In a nutshell, these creatures can either assist and befriend you or work toward your demise. Treat them carefully.

In addition to the creatures discussed above, you can choose your own personal good luck animal yourself, as long as you interpret its message and your relationship in that way.