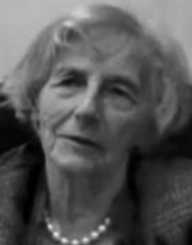 Anna Freud, famed contributor to the field of psychology, was born on the third of December in the year 1895 to the renown neurologist Sigmund Freud and his wife Martha Bernays. She was the final offspring from the couple out of six; Sophie, Ernst, Oliver, Mathilde, and Jean Martin.

Her childhood and the surrounding family life can best be described as conventional. However, she was said to be victim of an early life that leaned more on the unhappy side. Much of what contributed to this was the size of her family and the fact that she was the youngest. Distance and competition between siblings, most specifically Sophia, for physical appearance, the attention of their father, and so forth plagued Anna even at some of the earliest stages of her life. Additionally, she did not have the typical relationship and bond that most do with their mother. Not much is known about their relationship besides the fact that Martha was closer to the other children and later on criticized Anna in some of her work.

The competition even led to eating disorders at one time for the young Anna. Eventually, everything put her in what best be described as a mode of depression. The family sought professional help from time to time to aid her. This included but was not limited to sending her to health camps. Shortly after this, she moved to Italy and lived with her grandmother.

From a very young age, Anna was close to her father and developed a great bond with him that was very much unlike the one she held with her mother and siblings. Writings from Sigmund reveal that he was much closer with her than any of his other children. Later on in life when her father fell sick with cancer, Anna remained by his side and provided care for him. Obviously, this closeness throughout her childhood and early adulthood is what led Anna onto the career path and occupation that she followed the rest of her life.

Between the years of 1918 and 1938, Anna both began and ended a sort of traditional teaching career. She also participated in two extremely vague psychoanalysis studies done under her father. This led to her becoming a part of the Vienna Psychoanalytic Society and teaching in the field itself. This is when her major contributions to psychology with ego began.

A major uproot came in the form of the Nazi's grip during the war. In 1938, she and her family decided to move to London in order to get away from all of this. At some point, Anna herself was vaguely questioned by soldiers.

Anna's education was conventional on paper. She attended school and so forth. However, it is what she learned on her own and what was a result of her father that really made a difference. She learned several languages including Hebrew, French, English, Italian, and German through her own time and experiences with family friends and visitors. She also started studying her fathers work on psychoanalysis and in general on a deeper level.

As said before, Anna's interests in psychology in general began early in her childhood. Much of this is accredited to her own way of life and her dealings with depression and so forth. Moreover, she was pushed further into this path by loosely following her father's work and participating in his analysis studies.

She attempted teaching in the form of a mentor program from 1915 to 1920. However, as a result of health issues, she put it to a halt. Her first major work, "Beating Fantasies and Daydreams", was generated after her first sessions with her father in the early 1920's. During the time following this, she steadily focused on her philosophies and work surrounding ego and its relation to mental issues and capabilities.

After being appointed director at the Psychoanalytical institution she worked at, she really began to solidify her philosophies and apply them to the field at large.

She and her family's struggles during the war had several affects on her work that further developed and defined her prognosis's.

From the highlight of her work to the end, she was found to be a leading contributor to the field of psychology. This included but was not limited to the effects of the presence of ego in the human mind in regards to depression and other disorders, the attachment and attention necessity of children by the means of the psych, and the analytical techniques and how they differ between adults and the stages of growth that our youth go through.

LIFE DEATH AND THE LEGACY THAT FOLLOWS

Anna Freud contributions continued throughout the rest of her life. Many more educational and inspiring works were created by her in the early 1940's even leading up to the mid-1960's with "Normality and Pathology in Childhood". Additionally, she created and led the "Hamstead Child Therapy" clinic in which she was able to apply her beliefs and findings first hand.

She continued to publish further works and teach and share her knowledge with great influence at seminars and meetings at major institutes and educational organizations to even she reach her eighties.

October 9, 1982, in London, she passed away after a long life full of contributions. However, her teachings and work still affect our world of psychology and more specifically the category of psychoanalytic and childhood development even today. Because of her, it is apparent to us now the importance of certain leading figures in a child's life and the focus on the attention and treatment that is needed by children in certain scenarios. Furthermore, how to assess and recognize these scenarios is evermore developed and transparent because of her efforts. Many techniques of hers are used in today's treatment facilities. Her legacy will indeed lead on for many years to come.

Ego and the Mechanisms of Defense (1936)

Normality and Pathology in Childhood: Assessments of Development (1965)

Problems of Psychoanalytic Training, Diagnosis, and the Technique of Therapy (1966–1970)