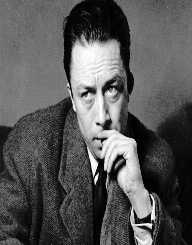 Andre Malraux was born 3rd November 1901, to Fernand-Georges, and Berthe Malraux. He was born in Paris, France. He had a brother called Roland. Andre Malraux was very young when his parents separated in 1905, and then divorced.

He was brought up by his mother, his aunt, and his grandmother.

Andre Malraux did his studies at the Lycee Condorcet, and the School of Oriental Languages, but he left school at a young age. He did, however, continue to learn through bookshops and the museums of Paris.

Andre Malraux first had an article published in 1920. It was called The Origins of Cubist Poetry and was published in Action magazine. He followed this up with three stories in 1921. He started frequenting the artistic and literary communities of Paris, meeting many of the talented individuals of the period.

In 1923, with his new wife, Andre Malraux traveled to Cambodia. They took off on an expedition to try and find hidden temples, with the hope of finding artifacts that they could take home and sell to collectors and museums. Around the same time, archaeologists were also in Cambodia doing the same thing, but with the blessing of the French government. When Andre Malraux returned to France, he was arrested and charged for removing an artifact from one of the temples. He fought the charges, believing he was working within the guidelines of the law, but he wasn’t successful.

Andre Malraux became quite bitter towards the French authorities in relation to the treatment he had been given. In 1925, with the help of a lawyer, Paul Monin, he established the Young Annam League, and also established the newspaper, L’Indochine, advocating independence for the Vietnamese. Being on the wrong side of the French authorities, Andre Malraux went to China, where he helped the Kuomintang and the Chinese Communists, in their fight against the warlords in the Great Northern Expedition. There is some discrepancy as to the timeline of his visit to China. When he returned to France, Andre Malraux published The Temptation of the West (1926). This was followed in 1928 with his first novel, The Conquerors.

Andre Malraux continued writing until early 1934, when he set off on an expedition with Edouard Corniglion-Molinier, to find the lost capital of the Queen of Sheba that had been spoken about in the Old Testament. Saudi Arabia and Yemen were exotic, dangerous places at the time, and while Malraux was there, the Arabian-Yemeni war broke out, which further complicated things for him.

Andre Malraux did have some involvement with the Spanish in their Civil War, but he considered himself a writer first and foremost.

He joined the French Army at the start of World War II and was captured in 1940. He managed to escape, and then joined the French Resistance, but in 1944 was captured by the Gestapo. The German Ambassador, Otto Abetz, had “blacklists” of authors that were forbidden to be read or sold in Nazi-Occupied France. The lists included anything written by Jews, communists, or Anglo-Saxons and anybody who had shown anti-Germanic or anti-fascist tendencies. Malraux was on the list.

After the war, Andre Malraux was appointed by General Charles de Gaulle, as the Minister for Information. Over the next several years, Andre Malraux continued to write and publish his works.

De Gaulle returned as French President in 1958, and he appointed Andre Malraux as the Minister of Cultural Affairs. Andre Malraux remained in the position from 1958 to 1969.

Andre Malraux published many works over the years and has become one of the most famous of French writers and authors.

Andre Malraux was awarded several honors for his participation in the war:

Andre Malraux’s first wife was Clara Goldschmidt, who he married in 1922. They had a daughter, Florence, but the couple separated in 1938. They then divorced in 1947.

During the 1930s, Andre Malraux lived with Josette Clotis, a journalist, and novelist. They had two sons together, Pierre-Gauthier and Vincent, although the couple never married. Clotis died in 1944 when she slipped, and the two boys died in 1961 in a car accident.

Malraux’s second marriage was in 1948 when he married Marie-Madeleine Lioux. She was a concert pianist. They separated in 1966.

After he separated from Lioux, Andre Malraux lived with Louise de Vilmorin. She was a novelist and poet. When she died in 1969, he spent the last years of his life with one of her relatives, Sophie de Vilmorin.