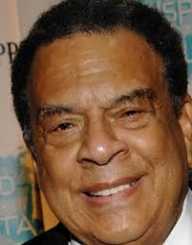 Solomon Seay Jr. was born on December 2nd, 1931. Seay is a renowned African-American civil right activist and lawyer. He is known as one of the only three African-American lawyers of his time. Against all the odds, Seay attained a law degree from Howard University in 1957. At the time, the state of Alabama's racism had increased in public schools.

Over his fifty-year career stint, Seay mostly went to courtrooms to take on cases that disintegrated the affairs of the public in Alabama. He also fought to outlaw depriving practices found in the 1965 Voting Rights Act.

Solomon Seay Jr. was born on December 2nd, 1931. He grew up in Montgomery County and the eldest among four siblings. Seay was the son of Solomon Seay Sr. and Carrie Long Seay. He came from a family lineage that boasts of excellent educational background and social activism.

His father practiced civil rights activism, and his mother was a schoolteacher. Seay's early activism came to light when he tried to register black voters. As a result, he got banished from Alabama. For that reason, he later relocated to New York.

He then represented Mark Gilmore whose alleged offense was crossing the all-white Oak Park. In the following decades, Seay's firm mainly battled cases of denial of African-American rights which included racial discrimination, harassment, and police brutality.

Solomon Seay Jr.'s firm represented his father and four others against Police Commissioner L.B Sullivan. This turned out to be his major battle as a lawyer. The Commissioner had sued The New York Times for a defamatory advertisement. They lost the case and were ordered to pay Sullivan $500,000.

Solomon Seay Jr. married Etta Spencer Seay. The two had four children. His father passed on in 1988 while Teacher Spencer, Seay's wife, passed on at the age of 53. One of their children died at only 12 months old.

Solomon Seay Jr. died on September 11th, 2015 at the age of 84 and buried at a local cemetery. His memoir, Jim Crow and Me: Stories from My Life as a Civil Rights Lawyer received great reviews after being published in 2009.