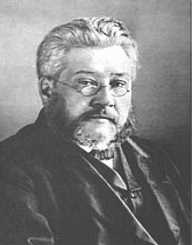 Charles Haddon was an English Particular Baptist preacher. He is known as the ‘Prince of Preachers’. Though not formally educated he was well read in Puritan Theology, Natural History, Latin, and Victorian literature. Charles Haddon also was a writer, and his work includes prayer books, sermons, hymns, and many other devotional writings. He preached nearly 3000 sermons and published 49 volumes of commentaries, anecdotes, and sayings.

Charles Haddon was the pastor of the congregation of the New Park Street Chapel (later Metropolitan Tabernacle) in London for 38 years. He had a huge following, but he also attracted a lot of controversies.

Charles Haddon Spurgeon was born in Kelvedon, Essex on 19 Jun 1834. His conversion from Anglicanism was accidental. At the age of 15 on 6 Jan 1850, he took shelter from a snow storm in a Primitive Methodist Chapel in Artillery Street, New Town. Charles Haddon claimed that God opened his heart to the Salvation message, “Look unto me and be ye saved, all the ends of the earth, for I am God and there is no one else” (Isaiah 45:22).

Later on 4 Apr 1850, he was admitted to the church at New Market and baptized on 3 May. He later moved to Cambridge and became a Sunday, school teacher.


Career As A Preacher

Charles Haddon filled in for a friend and preached his first sermon in the winter of 1850 – 51 in a cottage at Teversham. He was appointed as a pastor of a small Baptist Church at Waterbeach, Cambridgeshire, where he published his first literary work. When Charles Haddon was 19, he was made pastor of the largest Baptist congregation in London the New Park Street Chapel, Southwark. Charles Haddon met many other pastors and befriended them including William Garrett Lewis of Westbourne Grove Church. Spurgeon later founded the London Baptist Association with him. Charles Haddon was a very popular preacher and kept his audience spellbound. He used to come fully prepared for the sermon and had just the outline sketch which he rarely referred.

Charles Haddon had a unique style, and people listened with rapt attention. People came in large numbers and waited for his sermons. His audience strength was more than 10,000. He gained a lot of admirers and followers. Charles Haddon also attracted controversy for many reasons. His first attack in the press came in ‘The Earthern Vessel’ in 1855.  His critique of the theology of the hymn book called ‘The Rivulet’ aroused controversy. He found it to be largely deistic. In 1856 when Charles was preaching at Surrey Garden musical hall, someone shouted “Fire” and created a panic. A huge stampede ensued leaving many dead and wounded. This incident had a long-lasting effect, and Charles Haddon was disappointed and depressed.

The congregation then moved permanently to the newly constructed Metropolitan Tabernacle at Elephant and Castle, Southwark. This was the largest Church edifice at that time. It could seat 5000 people with room for 1000 more standing. On 7 Oct 1857, Charles Haddon had to address a gathering of about 23,634 people at the Crystal Palace, London. Charles Spurgeon went a day or two before to check the acoustics of the place. Charles Haddon cried “Behold the lamb of God, which taketh away the sin of the world.” A workman heard these words in the gallery who was deeply impacted and found peace. Charles Haddon challenged the Church of England on 5 Jun 1862 when he preached against Baptismal Regeneration. This belief holds that Salvation is linked to the act of Baptism implying that there can be no salvation without Baptism.

Charles Haddon was also involved in the Downgrade controversy in 1887. Charles strongly opposed owning of slaves. He also believed that Darwin’s theory of evolution, Graf-Wellhausen’s hypothesis, and other concepts were weakening the Baptist Union.

In 1866 Charles Sturgeon published his collection of worship songs called ‘Our Hymn book.’ It consists of a compilation of Isaac Watts Psalms and hymns selected by John Rippon, a Baptist predecessor. His “Wordless Book” is used even today as a teaching tool to teach illiterate people about the gospel message. Charles Haddon wrote many volumes of commentaries and other types of literature. His works have been translated into many languages and also Moon’s and Braille type for the blind.

Charles Haddon founded the Pastor’s college in 1857 which was renamed as Sturgeon’s College in 1923. He founded the Stockwell Orphanage in London. This was bombed during WW II but later renamed Sturgeon’s Childcare.

Charles Haddon married Susanne, daughter of Robert Thompson on 8 Jan 1856. They had twin boys. Charles Haddon died on 31 Jan 1892 in Menton near France. He was buried at West Norwood Cemetery in London.