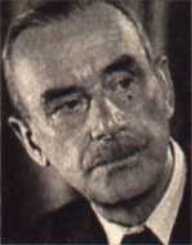 As a youth, Paul Thomas Mann attended the Lubeck Gymnasium School in his hometown. As a child, he was not the best student, but he changed his ways as he grew older. After finishing up at the Gymnasium, he attended the Ludwig Maximilians University for a short time before attending the Technical University of Munich.

After he finished his education, Paul Thomas Mann wanted to embark on a career in writing, namely, journalism. However, he had to take on other jobs first to support his family. His father had recently been out of work, and so he sent much of his money to support him, his mother, and siblings. The job he worked to earn money for this was working for the South German Fire Insurance Company.

Once Paul Thomas Mann had some more free time, in the late 1890’s, he began working on his writing. One of the first things that he published was a short story with the title Little Mr. Friedemann. This was published in 1898. This gave him a small amount of fame, enough to encourage him to continue writing.

In 1901, Paul Thomas Mann published another story: Buddenbrooks. This story was much more popular than the last, and gain both him and his publications more attention that they had received in years previous.

The 1910’s were a productive time for Paul Thomas Mann. During this decade, he wrote many of his famous books, including Death in Venice. This story would go on to be known as one of his more depressing works. He was disgusted with capitalism, as well as with other complications of the world around him. His negative feelings made their way into this novel.

During World War II, Paul Thomas Mann stayed out of Germany and stayed in the United States. While there, he mostly gave lecture tours. He was highly against what the Nazi’s believed in, and he was afraid to go back to his home country. He would officially become a citizen of the United States in 1944.

Perhaps one of Mann’s most famous books was published in 1947 and was called Doctor Faustus. This book was in part based on the struggles that Germany faced during World War II.

In the early 1950’s, Paul Thomas Mann returned to Germany, where he would spend the rest of his days. During the rest of the 1950’s, he would continue to write essays on philosophers, including both the ones he wrote about before and Schiller and Chekhov.

Some of Mann’s other famous works are listed below.

Joseph and His Brothers

All of Mann’s awards and accomplishments are due to his writing.

He earned an honorary doctorate degree from the University of Bonn.

Paul Thomas Mann married Katia Pringsheim in 1905. The couple went on to have five children together.

Paul Thomas Mann died on August 12, 1955, in Zurich, Switzerland. The cause of his death was complications due to atherosclerosis. He was 80 years old when he passed away.