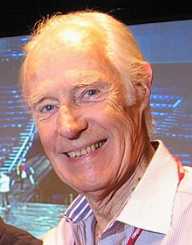 George Henry Martin was born on the 3rd of January 1926 in Highbury, London, England. He had been in love with music since the age of six. Despite his passion for music, he was unable to convince his parents to send him to a proper music school. All he had was a brief eight-week lesson with an Aunt. While he was in school and on a scholarship At St Ignatius College in Stamford Hill, the World War II broke out, and he was evacuated along with everyone else. He worked in the Military as a quantity surveyor and a clerk in the war office and soon after he joined the Fleet Air Arm of the Royal Navy.

Despite the detour, George Martin’s love for music was still very much alive. Immediately after the war in 1947, he enrolled in Guildhall School of Music and Drama, using the grant he received after the war. He graduated from the school in 1950.

After graduation, George Martin worked for a short time in the BBC music library but was soon offered employment with EMI's Parlophone record label, as assistant to its chief Oscar Preuss. The label customarily featured classical and local music which was conducted and produced by Preuss. As a protégé of Preuss, Martin took over the job of signing artists and producing recordings gradually. By the time Martin was 29, Preuss had retired, and George Martin had taken over, becoming the youngest person to head a label in England at that time.

George Martin was climbing up as a producer, with successful records along with comedy records to his credit. He made the first mistake of his career when he turned down Tommy Steele. He failed to see the potential of the musician who went on to be known as Britain's first teen idol and rock and roll star. He did not make the same mistake a few years down the line, when though not too impressed with their act, he signed a rock group that skyrocketed his career.

GEORGE MARTIN AND THE BEATLES

George Martin got to know about the Beatles when their manager Brian Epstein brought them to London to try to get them a recording contract.

George Martin's work and innovation with the Beatles’ music got him to be nicknamed the fifth Beatle. He got them to try out new techniques in their recording, like tinkering with play speed, playing backwards, and record with orchestral music, string arrangements, flutes or marching bands. These unorthodox recording practices gave the Beatles the unique sound that took them from the local band to national then international stardom.

All through the hits, he was helping the Beatles produce, George Martin was never able to profit directly from it as he could not get royalties from being a salaried producer in the EMI.

This led him to leave EMI and establish his own company. George Martin collaborated with Herman Edel to create AIR-Edel Recording Studios in 1969. The relationship with the rising international band gave him the much needed leverage. He became one of the first successful independent producers in his time.

George Martin also did arrangements and compositions for film scores. They include Crooks Anonymous (1962), A Hard Day’s Night (1964), Ferry Across the Mersey (1965), The Family Way (1966) and several others.

George Martin likewise published a journal of his work with the Beatles and other artists in 1979. He called it All You Need Is Ears. He published another book in 2001 Produced By George Martin.

He similarly did a bit of television. First, he did a documentary series ‘The Rhythm of Life’ with BBC between 1997 and 1998. Years later in 2011, he again worked with the BBC to make his book Produced by George Martin into a documentary film.

Along with his son, Giles, George Martin did a remix of eighty minutes worth of the Beatles Music for a Cirque du Soleil, and Beatles Apple Corps production tagged ‘Love’ in 2006.

In the duration of his career, George Martin has received six Grammy awards and an Academy award. He won two Brit Awards for Best British Producer (of the past 25 years) (1977) and Outstanding Contribution To Music (1984)

He was named "Man of the Year" by the British Phonographic Industry in 1998.

George Martin was inducted into the Rock and Roll Hall of Fame and the UK Music Hall OF Fame in 1999 and 2006 respectively.

In March 2004, the College of Arms awarded the icon with his coat of arms.

These are to mention but a few awards.

George Martin died at the age of ninety in his home in Wilshire, England. The cause of death was not announced when his death was announced. It was only said that he died in his sleep on the night of March 8, 2016.

George Martin met his first wife Sheena Chisolm during the war. He was twenty-two when he married her in 1948. They had two children together, Alexis and Gregory. He, however, got attracted to a trendy, beautiful secretary Judy Lockhart-Smith, for whom he divorced his wife in 1965. He married Judy in 1966. With her, he had additional two children, Lucy and Giles. They remained together until his death in 2016.

Following the death of the famed producer, the estate had been embroiled in conflict. The distribution of his wealth was termed as a final act of marginalization by the children of his first wife who have felt relegated over the years. They claim that their father hid his true wealth of over £400 million from them and distributed only a fraction of £1 million. His estranged first son was excluded while his first daughter just got £68000 in tandem with her late father’s employees.