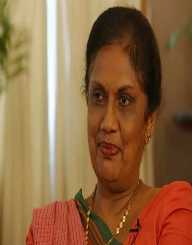 Sirimavo Bandaranaike was born on April 17, 1916, in Ratnapura, Ceylon (Sri Lanka). She was the eldest child of Barnes Ratwatte and Rosalind Mahawelatenne Kumarihamy. She had four brothers and one sister. Descendant of a distinguished Radala family, her predecessor Ratwatte Dissawa, Dissawa of Matale was a signatory to the Kandyan Convention of 1815. She was raised in an environment of politics, her father being the member of the State Council and the Senate of Ceylon. Though she was a practicing Buddhist, she was educated at a Roman Catholic Convent named ‘St. Bridget's Convent’ in Colombo.


MARRIAGE AND BEGINNING OF POLITICAL CAREER

In 1940, Sirimavo Bandaranaike was married to Solomon West Ridgeway Dias (SWRD) Bandaranaike, then a minister in the government of Ceylon (A British Crown Colony at that time). Sirimavo led a politically uneventful life dutifully performing the role of a housewife. Solomon Bandaranaike became the Prime Minister of Ceylon in 1956, eight years after its independence. On September 26, 1959, SWRD Bandaranaike was assassinated by a Buddhist monk.

The Sri Lankan Freedom Party (SLFP) founded by Solomon was in the midst of political unrest following the assassination and lost the March 1960 election narrowly to its rival Union National Party (UNP). After the defeat, SLFP chose Sirimavo Bandaranaike as their party leader. UNP formed a minority government after winning the March 1960 election. However, the UNP was unable to sustain itself in power for long forcing the country to conduct the polls again in July 1960. SLFP, under the leadership of Sirimavo, became victorious in the ensuing election. On July 21, 1960, Sirimavo Bandaranaike alias Mrs. B was sworn in as the first woman Prime Minister of Ceylon making her the first woman head of a state in the world. She held the position until March 25, 1965.

As a Prime Minister, Sirimavo Bandaranaike followed her husband’s socialist policies of governance and went on to nationalize critical economic sectors like banking and insurance. In 1961, she nationalized all schools that were owned by the Roman Catholic Church and declared Sinhala as the official language of her country instead of English. The minority Tamil community was enraged with this decision which they considered as a move to prevent Tamilians from occupying any official positions. The disappointment led to an increase in Tamil militancy which intensified in future.

Bandaranaike started taking over international businesses, particularly petroleum companies, and the United States and Great Britain stopped sending their aid to Sri Lanka. On the other hand, although Bandaranaike championed the cause of non-aligned movement, she made her country move closer to China and the Soviet Union as a direct result of the diplomatic manoeuvre. In 1962, she came forward to mediate in the Indo-China border conflict. She foiled an attempted military coup by Christian Officers in the same year and appointed her uncle, William Gopallawa as the Governor-General of Ceylon.

On October 30, 1964, Sirimavo Bandaranaike successfully made an agreement with the Government of India under the Prime Minister Lal Bahadur Shastri. The ‘Agreement on Persons of Indian Origin in Ceylon,’ also known as the Sirimavo-Shastri Pact decided the fortune of mainly the plantation workers of Indian Origin in Ceylon. Under the terms of the agreement of the pact, 600000 Indian origin people (mostly Tamils) were to be repatriated, and 375,000 of them were to be granted the citizenship of Sri Lanka.

In reality, by October 31, 1981, when the two countries were supposed to have settled the issue, India received around 300000 people as repatriates, and Sri Lanka granted Citizenship to about 250000 such people. However, approximately 250000 Indian origin people who were given Indian citizenship were still awaiting repatriation.

In 1964, in spite of forging a coalition with the Marxist Lanka Sama Samaja Party (LSSP), Sirimavo Bandaranaike lost the vote of confidence. The SLFP coalition lost the 1965 election, and with the defeat, Sirimavo ended her first term as Prime Minister of Ceylon. However, she retained her parliamentary seat. The UNP formed a new government and Sirimavo was made the leader of the opposition. She utilized the opportunity and reached out to all opposition parties including the left parties and made an understanding of not to contest against each other in the next election.

The understanding bore fruit in the 1970 election when the coalition led by Sirimavo Bandaranaike's party won by a massive majority paving the way for her second term as Prime Minister. She served the country as Prime Minister from May 29, 1970, to July 23, 1977, in her second term. In 1972, a new constitution was introduced replacing the Soulbury constitution. Under the new constitution, the country Ceylon was renamed as Sri Lanka and was declared as a Republic.

The long stint of Premiership Sirimavo Bandaranaike enjoyed in her second term made her more and more intolerant towards criticism, forcing a shutdown of the newspapers criticizing her and taking over the country’s largest newspaper as the official mouthpiece of the government. In 1976, she was elected as the chairperson of the Non-aligned movement. In 1980, Bandaranaike was charged with abuse of power. She was found guilty of delaying the election to 1977 which was scheduled to be held in 1975. Consequently, she was ousted from the parliament and debarred from holding any public office for the next seven years.

Sirimavo Bandaranaike spent the next seventeen years as the leader of the SLFP thwarting any attempts that challenged her leadership, even from her children. She lost all the subsequent general elections.

In 1994, the coalition led by SLFP won the general election. Sirimavo Bandaranaike had three children - two daughters named Sunethra and Chandrika and a son named Anura. Chandrika went on to become the Prime Minister outmaneuvering Sirimavo. However, according to the new constitution, Chandrika was soon elected as the President of Sri Lanka which gave way to Sirimavo to become Prime Minister for her third term. But this time, she was relegated to a weak constitutional position as according to the new constitution of Sri Lanka, President was the all-powerful head of the country, and Prime Minister was a powerless subordinate to the President. She remained in office until a few months before her death.

Sirimavo Bandaranaike breathed her last after suffering a heart attack on October 10, 2000, in Colombo, Sri Lanka.