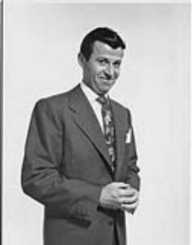 Philippe Halsman was born on May 2, 1906. He was a Latvian born American portrait photographer. He did portraits on renowned politicians, artists, writers, and celebrities and this made him famous to the public and his fellow photographers as well. He used to take pictures with his twin lens reflex camera which he designed on his own. His assignment with beauty products baron, Elizabeth Aden led him to success in photography. His association with Life magazine led to the production of various cover photos.

Philippe Halsman also worked for other leading magazines in the United States such as Look, Vogue, Paris Match and Esquire among others. He collaborated with Spanish artist Salvador Dali with whom he composed famous portraits such as ‘Dali Atomicus’ and ‘In Voluptas Mors.’ He also developed jumpology which is the philosophy of jump photography. He captured pictures of celebrities such as the Ford Family, Marilyn Monroe, and Richard Nixon among others.

Philippe Halsman was born on May 2, 1906, in Riga, Russian Empire. He was born into a Jewish family. He was born to Mordruch Halsman who was a dentist and Ita Grintuch who was a grammar school principal. He completed high school by the year 1924. He then later went to Dresden in Germany to study electrical engineering. He was fascinated with photography when he was a teenager. His love for photography was further motivated when he found his father’s old view camera in a store. He was brought up alongside his sister Liouba. He bought a book to help him familiarise with the art of photography.

Philippe Halsman shot several pictures of his sister while he was perfecting his art. In 1928, he was arrested and convicted of his father’s murder. He was sentenced to ten years imprisonment, but he was released in 1930. He was released with the condition that he should leave Austria and never go back.

Philippe Halsman moved to France in 1930 and began working for fashion magazines. He grew famous as one of the best portrait photographers in France as he captured sharp, cropped images. In 1934, he started his portrait studio in Montparnasse. At the studio, he designed a twin lens reflex camera. He used the camera to capture images of artists and writers such as Andre Malraux, Marc Chagall, Le Corbusier and Andre Gide. During the German invasion of France, he escaped to Marseilles from where he immigrated to the United States of America. He was assisted in getting into the United States by his friend Albert Einstein.

In America, he started receiving success when Philippe Halsman took a photo of model Constance Ford. The photo was used by the cosmetics tycoon, Elizabeth Arden, in an ad campaign for the lipstick, Victory Red. The photo became a significant breakthrough in his career. In 1941, he met Spanish surreal artist Salvador Dali led to a series of photos together during their thirty seven year old partnership. In 1942, he started covering fashion stories on hats worn by ladies for Life Magazine. He landed his first cover when he took a photo of a model donning a Lily Dache hat. His career blossomed as he went on to do several assignments for Life Magazine.

Philippe Halsman shot one hundred and one Life Magazine covers which was an achievement he made thus he was proud for his works. He also worked for other magazines such as Esquire among others. In 1945, he became the first ever President of the American Society of Magazine Photographers. In the association, he fought for the rights of the photographers. He captured many jump photos for celebrities such as The Duke and Duchess of Window, Maria Felix, The Ford Family and Marilyn Monroe among others.

In 1952, Philippe Halsman did two photography sittings with John F. Kennedy. The first photo appeared on the original edition’s jacket of his book titled ‘Profile in Courage.’ The second picture was used publicly used during senatorial campaigns. In 1954, Dali and Halsman released a compilation of their collaborations as ‘Dali’s Mustache.’ In 1954, Philippe compiled one hundred and seventy eight photographs of celebrity jumpers and a discussion of jumpology in the volume ‘Philippe Halsman’s Jump Book.’

In 1961, Philippe Halsman published ‘Halsman on the Creation of Photographic Ideas.’ In his career, he took photos of celebrities, politician, and intellectuals who appeared on covers and pages of magazines such as Esquire, Apart from Life and Paris Match among others. In 1991, Philippe and Dali’s work ‘In Voluptas Mors’ was used as a base for the poster of the film ‘The Silence of the Lambs.’ In 2005, it was used again to create the poster of ‘The Descent.’

In 1940, Philippe Halsman received the Art Directors Club Medal for his photo of Constance Ford. In 1975, he won the Lifetime Achievement in Photography Award from the American Society of Magazine Photographers. In 1966, his photo of a grieving Albert Einstein was release on a United States postage stamp.

In 1937, Philippe Halsman married Yvonne Moser who was a photographer. The couple had two daughters, Irene and Jane. He died on June 25, 1979, in New York City. He died at the age of seventy three.