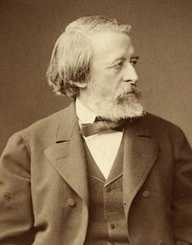 Jacob Grimm was born in 1785 in Hanau, in Germany. His father was Philipp Grimm, a lawyer, who unfortunately died when Jacob was very young. The death of Philipp left the family with a very low amount of financial resources, and therefore the mother’s sister supported them. The mother’s sister was the lady of the chamber.

Jacob Grimm attended a public school in Kassel from 1798. He attended this school together with his one-year-younger brother Wilhelm.

After graduating, Jacob decided to continue his studies and entered the University of Marburg in 1802. There he studied law, as his father had wished. Jacob Grimm advanced his father’s legacy. A year later also his younger brother joined him, even to study law.

While studying law, Jacob Grimm found motivation in his desire to learn and had not overthought about practical details. A teacher of Roman law, Friedrich Karl von Savigny awoke interest of antiquarian investigation in Grimm. Savigny also let Grimm access his library to read and educate himself further on.

In 1805 Grimm Savigny invited Grimm to accompany him to Paris to work on his literary work. Grimm agreed and spent almost a year there. During this year he spent a lot of time in libraries of Paris. Afterward, he returned to his hometown Kassel and got a job in the war office.

In 1808 Grimm’s mother passed away. Shortly after, Jacob Grimm became superintendent of Jerome Bonaparte’s library. After Bonaparte was expulsed in 1813, Grimm became the Secretary of Legation, and a year later in 1814 went to Paris again. This time in Paris he was looking for books that were taken away by the French.

Afterwards, he participated also in the Congress of Vienna. While Jacob Grimm was searching for the books in Paris, his brother Wilhelm started working in the library of Kassel. Jacob Grimm joined his younger brother in 1816.

In 1828 the brothers moved to Gottingen, where they continued working together in a library. Jacob Grimm was also reading lectures about historical grammar, old German poems, legal antiquities and other topics.

In 1937 Jacob Grimm was let go from his lecture reading because he had joined the movement against abrogation of the constitution by the King of Hannover. His brother Wilhelm was also let go due to the same reason. They both returned to Kassel and stayed there until the year 1840. In 1840 they moved to Berlin and were elected as members of the Academy of Sciences. The invitation to them was sent by the King of Prussia himself.

While being in Berlin, Jacob Grimm read several lectures about Schiller, the origin of language, Lachmann and old age.

In 1857 he became the Foreign Honorary Member of the American Academy of Arts and Sciences.

The book “Geschichte der Deutschen Sprache” was one of the most well-known works of Jacob Grimm. In this work he explained the development of the language, it's structured and emphasized linguistic elements. He analyzed German words and compared them to other languages.

“Deutsche Grammatik” was one of other very popular Grimm’s works. It was first published in 1819, and another edition was published in 1822. It contained not only dictionaries, materials on grammar or text edition, but also illustrations. While writing this book, Jacob Grimm realized the influence of other languages on German and even wrote about them in his book.

Jacob Grimm was the one who created the Grimm’s law. It was the systematic sound change, first to be discovered. It is also known as the Germanic Sound Shift and was found by a philologist Rasmus Christian Rask.

The “DeutschesWorterbuch” was published in 1854. Grimm worked on this book for more than ten years. It was later re-published in 1961, and in 1971 also a supplemented version of the book was published. It consisted of 33 volumes and contained around 330 thousand words. To this day it is still the reference work and is currently being updated to fit actual language standards. In 2012 the first volumes from A-F were released.

First literary book Jacob published was “Über den altdeutschenMeistergesang” in 1811. Though it was just literary work, he managed to explain the difference between Minnesang and Meistergang poetry, revealing that in the end, it is the same. Jacob Grimm rarely re-read what he wrote.

Therefore he cooperated with his brother Wilhelm, who helped him a lot with editing the books. In 1816 both brothers published a paper in two volumes called “Deutsche Sagen,” which contained several German legends and stories.

The Grimm brothers are most widely known not for the linguistic work, but rather for collecting the folk literature. The first edition if the folktales they published in 1812-1815. It was called “Kinder- und Hausmärchen,” and is currently to be found in almost every home.

In 1834 Jacob Grimm published “Reinhart Fuchs.” The “DeutscheMythologie” published in 1835 was the only work of Jacob Grimm about German mythology. He tried to reveal the truth behind the superstitions and mystical thinking and showed how it is published in tales and modern day traditions.

Jacob Grimm was not only interested in language. His primary education was in law, and some of his published papers on the history of law influenced the development of rules in whole Europe. He not only wrote articles but also essays. Some of the most read are “PoesieimRecht,” published in 1816 and “Deutsche Rechtsalterthümer,” published in 1828. He analyzed how Roman laws influenced German laws.

Another work of Grimm “Weisthümer” is a collection of oral legal traditions in Germany, and it’s rural areas. It was published in four volumes in the period from 1840-1863. To this day it is the base material for the research of law development in Europe during the nineteenth century.