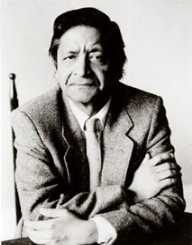 Sir V.S. Naipaul is a British novel and travel writer born in Trinidad. Born on August 17, 1932, V.S. Naipaul has worked and published over 30 fiction and nonfiction book in his career which spanned for about fifty years. His earlier theme for his writing was set in Trinidad, and Tobago and later considered a worldwide perspective. V.S. Naipaul was awarded the Nobel Prize in Literature 2001 for his work "for having united perceptive narrative and incorruptible scrutiny in works that compel us to see the presence of suppressed histories."

V.S. Naipaul was born to Droapatie and SeepersadNaipaul on August 17, 1932, in Chaguanas in Trinidad. He was the second child of his parents. His grandparents were migrants from India who had settled in Trinidad as farm laborers. His father was a journalist, and this would influence Naipaul's future interest in writing. The family moved from Chaguanas to Port of Spain, the country’s capital in 1939 when Naipaul was seven years. While there, Naipaul attended the Queen’s Royal College, a government-run school model modeled after a British public school. He won a Trinidad Government scholarship after graduation, and this afforded him the chance to study at any institution of higher learning in the British Commonwealth of his he chose Oxford. While there, he tried his hands on some writing, which he saw as more artificial.

Naipaul at this time became uncertain about his ability and calling and being lonely without family; he became depressed. This became the basis for his unplanned journey to Spain in April 1952. He spent all his savings during the trip, which he called "a nervous breakdown" and later said it was "something like a mental illness." Upon his returned, he gained the support of Patricia Anne Hale, his future wife, to recover and later started to write. Patricia would help him in his career planning. 1n 1953, he graduated from Oxford. He lost his father that same year. After graduating, Naipaul picked up some odd jobs and also borrowed money from his father and Patricia for his upkeep.

In 1954, V.S. Naipaul moved to London, whereHenry Swanzy, producer of the BBC’s weekly program, Caribbean Voices, hired him as a presenter in December that year. Naipaul worked there on a part-time basis for the next four years. The likes of Caribbean writers, including Samuel Selvon, Derek Walcott, and George Lamming had all made a debut on the program. During his period, Naipaul wrote reviews, conducted interviews and appeared on the Caribbean Voices once in a week. Naipaul wrote Bogart in 1955, and it was the first story of Miguel Street inspired by his childhood neighbor in Port of Spain. The New York Times referred to Miguel Street as, "The sketches are written lightly, so that tragedy is understated and comedy is overstated, yet the ring of truth always prevails." It won the Somerset Maugham Award in 1961.

Upon reading the Miguel Street, the editor of the publishing company Andre Deutsch, Diana Athill was impressed and therefore asked Naipaul to write a novel. This resulted in The Mystic Masseur published in 1955. The novel became popular and was awarded the John Llewellyn Prize in 1958. A year after, he returned to his home country, Trinidad, to be with his family for about two months. During the trip, which was by sea, V.S. Naipaul made some sketches of some of the West Indian passengers on board, which will inspire his work The Suffrage of Elvira. It was a comic novella set on the rural election in Trinidad.

Naipaul worked with the Cement and Concrete Association (C&CA) as an editorial assistant in 1957. His work there became the setting for his novel Mr. Stone and the Knight’s Companion. That same year, he had a part-time job from Kingsley Martin of the New Statesman for the book review and held that job until 1961. Set on his childhood memories of his father, Naipaul published the novel A House for Mr. Biswas in 1961, which took him three years to write. According to him, the book took a strain on him and did not read it again from May 1961, after he had passed the proofs.

Other Novels And Travel Writing

Soon after his work on A House for Mr. Biswas, Naipaul and his with Pat embarked on a trip to British Guiana, Suriname, Martinique and then to Jamaica. Through the trip, he made a note for his travel book, The Middle Passage: Impression of Five Societies – British, French and Dutch in the West Indies and South America. He noted that "The history of the islands can never be told satisfactorily. Brutality is not the only difficulty. History is built around achievement and creation, and nothing was created in the West Indies."The book was published in 1962, and the couple set off to India, Naipaul’s ancestral home. It was there that he wrote An Area of Darkness.

Naipaul finally wrote the novel, Mr. Stone, and the Knight's Companion. It agreed to write for the Illustrated Weekly of India, "Letter from London." Spending an emotional year in India, Naipaul returned to London to complete An Area of Darkness. Naipaul later met Antonio Fraser, who was the wife of Hugh Fraser, a conservative politician. She introduced him to her circle of upper-class British politicians, writers, and performing artists. Within the circle was the second Baron Glenconner, owner of estates in Trinidad and father of novelist Emma Tennant. He helped Naipaul with an unsecured loan of V.S. Naipaul, with which he bought a three-floor house on Stockwell Park Crescent.

He was commissioned to write an original script for an American movie "A Flag on the Island" in 1964. The movie was never made because the director did not like the finished work. However, Naipaul later published it as part of the collection, A Flag on the Island. Afterward, he wrote the novel The Mimic Men but would complete it later. He received a Writer-in-Residence fellowship at the Makerere University in Kampala, Uganda where he completed The Mimic Men. The book received positive critics, especially from Caribbean politicians. Naipaul returned to London in October 1966 and gained a commission from the American publisher Little, Brown and Company to write on Port-of-Spain, which Naipaul used two years to write. However, the finished work, The Loss of El Dorado,  did not meet the expectation of Little, Brown, and Company but it was published by Alfred A. Knopf in the United States and Andre Deutsch in Britain. Naipaul did publish several other works.

V.S. Naipaul married Patricia Anne Hale in January 1955, without the presence of his family and friends. The two had no children, and they usually attributed it to their schedules and travels.