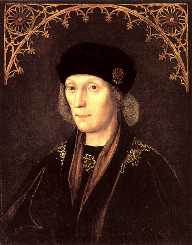 Edward IV of England was born on April 28, 1442, in Rouen, Normandy in France. He was born to Richard Plantagenet who was the third Duke of York and Cecily Neville. He was brought up alongside three brothers. His father routed the Wars of the Roses which was against the Lancastrians. In 1460, his father died, and he was made the king.

In 1461, Edward IV of England was made the King of England. In 1464, the conflict between the Yorks and the Lancastrians ended when the Lancastrians were defeated in the Battle of Hexham. He ascended the throne, but his cousin, Richard Neville, The Earl of Warwick wanted to rule England through him. He married Elizabeth Woodville against Richard’s want of him to marry King Louis XI’s daughters. Richard resented Edward IV of England for his decision and so began rebelling against him. Richard led a rebel army against the King with the help of the King’s younger brother, George who was the Duke of Clarence.

In 1469, King Edward was captured after his army lost at the Battle of Edgecote. In the same year, he was released because the people did not want Richard’s rule. Richard later created an alliance with King Louis XI who was the King of France and Margaret of Anjou who was the Lancastrian queen against King Edward. The King’s army was again defeated, and he decided to flee. In 1470, Henry VI reclaimed the throne, but it did not last long as King Edward IV of England with the help of his brother in law who was the Duke of Burgundy came up with an army to win back his kingdom.

Edward IV of England returned to London and captured Henry VI. His army defeated Richard and his men at the Battle of Barnet. In 1471, the King eliminated the Lancastrian resistance at the Battle of Tewkesbury. In 1471, he successfully reclaimed his throne. The King’s achievement was the defeat of the House of Lancaster and the restoration of law and order in England.

In 1464, Edward IV of England married Elizabeth Woodville with whom he had ten children. He fell ill in the 1480s and died on April 9, 1483. He was buried at St. George’s Chapel located in Windsor Castle.