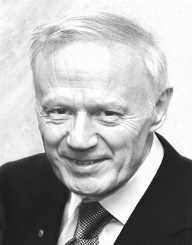 K. Alex Müller was born on April 20, 1927, in Basel in Switzerland. He was born to Irma Feigenbaum and Paul Muller. His family later moved to Austria where his father was studying music. He attended school at Lugano and also learnt Italian from the same place. In 1938, he got enrolled at the Evangelical College where he graduated from with his baccalaureate. He portrayed a love for electronics from a young age, and his family supported him in everything he did. He later joined the Swiss Federal Institute of Technology located in Zurich where he studied physics and mathematics. In 1958, he received his doctorate from the institute.

At the age of nineteen, K. Alex Müller completed his military training in the Swiss Army. He also worked in the Department of Industrial Research at the Swiss Federal Institute of Technology. In 1958, he joined Battelle Memorial Institute located in Geneva. He was later appointed as the manager of a magnetic resonance group. In 1963, he became a part o the research staff at the IBM Zurich Research Laboratory. In 1970, he became a professor at the University of Geneva. Two years later he was made the head of the Department of Physics at the IBM Zurich Research Laboratory.

K. Alex Müller later took a one year, and a half sabbatical leave in the United States of America where he began working on solid state physics and superconductivity. In 1980, he returned to Ruschlikon. In 1982, he was made a fellow at the IBM Zurich Research Laboratory. He was interested in super conductors that he devoted his research to the field. He collaborated with Georg Bednorz with whom he came up with several samples of the Ba-La-Cu oxide. They went to the extent of testing numerous results to prove their outcome of superconductors at high temperatures. They published their discovery in the ‘Zeitschrift fur Physik B’ in 1986. In 1989, K. Alex Müller was made a foreign associate member of the Academy of Sciences in the United States of America.

In 1987, K. Alex Müller received the Nobel Prize in Physics jointly with Georg Bednorz for their work on superconductivity in ceramic materials. In 1987, he was awarded the Wilhelm Exner Medal. In the same year, he received an honorary degree from the University of Pavia in Italy.

In 1956, K. Alex Müller married Ingeborg Marie Louise Winkler with whom he had two children, Eric and Silvia. He adores his wife because she has been of great support throughout his career.