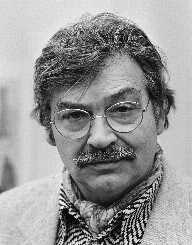 Karel Appel was professionally known as a Dutch painter and a poet. He was also an active member of the 1940s to 1950s European groups. He perfectly knew how to play with colors, and in the end, his works narrated his complete passion. At his middle age, he learned to create symbolic sculptures. Some of his collections can be viewed in New York City, Museum of Modern Art and Rotterdam. He possessed a silent persona, but his works exhibited creative imaginations. He was the kind of person who was destined to sketch that one part of you that will remain to be recalled for eternity. He was known as a distinguished fellow, all thanks to his out of world talent. In the process, he also rose up as a ceramist, sculptor and envied printmaker.

A Brazilian stenographer and translator, Perry Broad shared the same date, month and year of birth as that of Karel Appel. In short, both were born on April 25 in 1921, but Karel spent his childhood life in the Netherlands, Amsterdam. Appel’s father, Jan Appel served as a barbershop while his mother, Johanna Chevalier was a devoted homemaker. Karel had three siblings. From 1940 to 1943 Karel joined art school in his local home. His parents declined him to join the artist school where he left home without notice. He also hated to work under German’s command that led him to look for greener pastures. At 14 years old, he painted a fruit basket. His uncle so his talent that he presented him with set a set of paint as his birthday gift.

Karel’s career started in 1946 when he was invited to one of the exhibitions that were held in Amsterdam. His first work brought positive and negative remarks in public. Karel Appel was greatly inspired by Henri Matisse and Pablo Picasso artistic work. He started to venture into another world of art where he came to use different materials. To bring a glamorous effect, he combined blue, yellow, white, red and black colors. He later joined Nederland’s Experimental Group.

Early in 1948, Karel teamed up with COBRA group that represented another kind of art. In other words, the team improvised European art system. Other comrades like Corneille and Dotremont joined the forum. The following year Karel painted a wall like the art of the Amsterdam city. He named it as Questioning Children which narrated the mourning faces of the bloody battles that were experienced. The art was later covered since it brought many critical to the world and beyond, especially tourists.

In the mid of 1950, Karel Appel traveled to magnificent cities like Mexico, Paris, and Brazil. In the course of his wondrous life, he received positive acclaims, all thanks to his excellent works. While still in Paris, Karel befriended Hugo Claus, a Danish painter, and novelist. Hugo obliged to write the works of Karel Appel.In 1950, Apple started to paint different portraits of Jazz musicians like Miles Davis, Dizzy Gillespie, and Sarah Vaughan among others.

Karel’s works were recognized in 1954 where Karel Appel received UNESCO award. Before his demise, he came up with Karel Appel Foundation that helped to raise or preserve different artworks. Appel battled with heart disease where he breathed his last in 2006. He was interred at Pere Lachaise in Paris. Although most of his works depicted reality, most people hated to see the sad faces on his images. In all, his works illustrated the truth and nothing else. But his fans came to understand that his painting manifested sincerity in our day to day lives.