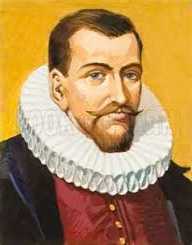 Henry Hudson was one of England’s sons born in the year 1565. Also, in his lifetime, Henry took upon him to explore the different places on earth. One of the most in his voyages he made two attempts to find ways to Asia. However, each of the expedition had a lot of ice on the path, and he did not make it through. Sometime later, he got the opportunity to go on a voyage under the Dutch East Africa Company. The trip would give him the chance to explore the New World especially the Canadian regions. Henry would be the first European to set his eye on the water later named after him as the Hudson Bay.

The baby Henry Hudson was born around the year 1565, in England. As an explorer, there is not much that historians know of his early childhood. He only became famous after attempting to establish multiple times the route to Asia. However, he would fail on each try. Moreover, the failures did not determine his results.

Upon one of the voyages to attempt to get to Asia, Henry wandered into the New World. This means that he found himself in current North America. Furthermore, there are a few facts that people know about the life of Henry before his explorations. However, many places on earth bear his name. Moreover, he was not of noble birth so recovering the record of his birth is hard.

Some believe that Henry learned the art of sailing by being a fisherman. Or, he may have been a sailor in a prior life before he went into explorations. However, despite all that, Henry emerged an amazing commander when he was approaching his 30s. Also, some of the whispers state that Henry was married to a lady by the name Katherine. Together they had three beautiful sons.

In his life, Henry Hudson got to make up to four notable voyages. Moreover, during that time many of the countries in Europe were competing. The competition involved the probability of finding the best route for their ships to get to the East. So, in the year 1607, an English firm gave Henry the chance to see a path to Asia through the North. On the trip, Henry brought along one of his sons and another man by the name Robert Juet. Robert was always going on voyages with Henry as per the diaries and journals of Henry.

The trip was not a good one even from the start. So, he found himself battling icy conditions in the North also thought it was still spring. Since they could not make it through all the way due to ice, they explored some the island up there. After that, they went back home. One year later, Henry set sail to travel North again. This time despite the dangerous conditions he made it as far as Novaya Zemlya. Upon reaching that point, the ships could not go any further due to the ice that was blocking their way. So, ones again he went back home failing to get to the East.

Journey to the New World

After making such remarkable effort in an attempt to try to get to the East through the North and failed Henry Hudson went out for another mission. So, in the year 1609, Henry got the opportunity to join up with a fleet of the Dutch East India Company for another voyage. He was a commander of the fleet. They headed north again, but they were not able to make it through. So, that time around he did not go back to England.

He set course for a new path. He went to the western part of the sea. After some time, he got the New World and landed at Nova Scotia. They met some of the local Natives and made some trades with them. He then made a point of exploring the new land that he had just found. During the explorations, Henry and his men fought with some of Native America.

Some of his crewmen died including John Colman. However, this did not hinder their need to explore the new lands. They buried their friend and went on exploring. After, sometime they set sail for the Netherlands. However, on the way back his ship was seized by the local authorities. They were not proud or happy of the fact that Henry was working for another country. The authorities denied him the right of working with the Netherlands ever again.

Henry Hudson found new English investors to help him realize his dream of seeing a path up North to Asia. So, in the year 1610, he set sail again. This was the last journey he would ever make. After some time, they got stuck in the ice. Also, they were low on supplies. However, after some time in the North, the conditions were right to let their ship move and set sail again.

Consequently, the crew members mutinied the ship and cast Henry and some other crew members out.  They never made it back to England. The speculation is that they must have died due to the exposure. Upon returning home, the mutineers were put on trial, but the courts let them go.