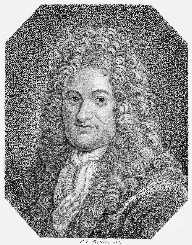 Gottfried W Leibniz was a prominent German philosopher and polymath whose contributions to the field of mathematics and philosophy had forever placed him in the history of those fields. Born on July 1, 1646, Gottfried W Leibniz came independently developed his own differential, and integral calculus and his Leibniz notation have been used since its publication. Leibniz’s Law of Continuity and Transcendental Law of Homogeneity was later known in the 20th century to have some mathematical implications. Gottfried W Leibniz is one of the famous inventors in the field of mechanical calculators and added on to the automatic multiplication and division of Pascal’s calculator. Through that process, in 18685, he became the first to describe a pinwheel calculator and invented the Leibniz wheel, used in arithmometers, which became the first mass-produced mechanical calculator.

Gottfried W Leibniz came up with his own version of the differential and integral calculus. Gottfried W Leibniz also made friends with French philosophers, Nicolas Malebranche and Antoine Arnauld. During this period, he studied works of Descartes and Pascal to brainstorm on their philosophical works. He also worked with German mathematician, Ehrenfried Walther von Tchirnhaus, who he corresponded with his entire life. In 1673, he made a trip to London for official duties on behalf of the Elector. While there, Gottfried W Leibniz demonstrated is calculating machine he had worked on since 1670 it to the Royal Society. His machine was able to perform the four basic operations being an addition, subtracting, multiplication, and division. After the demonstration, the Society made him an external member.

After the death of the Elector in 1673, Gottfried W Leibniz picked an appointment with Duke of Hanover as a counsellor in 1675 but arrived there a year later. Gottfried W Leibniz gained promotion to a Privy Counsellor of Justice in 1677 and held that position his entire life. He served as a historian, librarian and political advisor under three rulers of at the House of Brunswick. Leibniz all along continued to work on calculus and other fields of mathematics, philosophy, and physics. he started publishing most of his mathematical works between 1682 and 1692 in the Acta Eruditorum journal, which he had founded with Otto Mencke in 1682. Through the journal, Gottfried W Leibniz promoted most of his works cementing his credentials as an astute mathematician, scientist, theologian, historian, and philosopher.

Gottfried W. Leibniz was never married. He died in 1716 in Hanover. He was at the time out of favor with King George I and fellow courtier that none attended his funeral. His grave was also left unmarked for more than five decades.