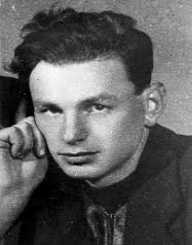 Yitzhak Zuckerman was a Jewish man who also served as one of the leaders of the Warsaw Ghetto Uprising during the Nazi regime at the height of World War I. He was also known as Antek within the organization.

Born on December 13, 1915, in the capital city Vilnius, then part of the Russian Empire, Zuckerman came from a Jewish household. As a young man, the fundamentals of Zionism and socialism were imprinted on him of which he embraced fully well into his adulthood.

When he was 24, the German and Soviet invasion took place in 1939. Zuckerman was located in an area wherein the Red Army overrun the place and as such, he took part in the various underground socialist organizations as an act of rebellion.


Zuckerman and the Resistance

In 1940, Zuckerman officially took part in the resistance wherein he relocated to Warsaw and led the youth movement called Dror Hechaluc alongside Zivia Lubetkin, his future wife.

The Fight for Freedom

As such, Zuckerman also works in coordination to the outskirts outside the walls of the Jewish Quarter, commonly known as the Aryan in 1943. He did his part by looking and providing ammunition and guns for the Warsaw Ghetto Uprising that took place in the same year.

When the uprising erupted, he served as the link between the resistant forces at the Aryan side and within the Home Army. Aside from that, he was also responsible for the escape of the surviving ZOB members wherein they took passage at the sewers towards safety.

The following year in 1943, Zuckerman led an army that consisted of 322 survivors from the Ghetto Uprising into the Warsaw Uprising wherein they fought back against the Germans.

After the war, Zuckerman focused his efforts on the Bricha network, otherwise known as the Berisha movement. The organization’s primary activity was the smuggling of Jewish refugees to Mandate Palestine from Eastern and Central Europe. Soon enough Zuckerman and his wife made the trip as well wherein they settled in what was now known as Israel.

While in Israel, they established the Ghetto Fighters’ House (GFH) or the Kibbutz Lohamei HaGeta’ot. The GFH stands as a museum that commemorates the fallen heroes and citizens who suffered during the Nazi regime.

He appeared as a witness for the trial held in 1961 by Adolf Eichmann, a Nazi war criminal. Zuckerman also authored a book entitled A Surplus of Memory which was published in Hebrew in 1990. Later on, an English version was made available in 1993.

Zuckerman married Zivia Lubetkin and settled in Israel for the remainder of their lives. He had a granddaughter named Roni Zuckerman who later on became the first female fighter pilot at the Israeli Air Force.