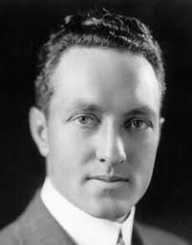 Richard E. Byrd is an American war veteran who served during World War I and World War II and has won numerous awards for his service. Besides serving his country, he rose to prominence when he became one of the pioneer explorers of the Antarctic regions.

He also holds the record as the youngest admiral in the US Navy when he was promoted in 1929 at the age of 41.

During his exploration of the Antarctic, he discovered a region of which he named after his wife and called it the “Marie Byrd Land.” He is also close friends with the people behind the Ford Motor Company, Edsel and his father Henry Ford who provided sponsorship for his polar expeditions.

He enlisted in the Naval Academy and graduated on June 8, 1912, at the age of 24. Shortly after, he was enlisted at the United States Navy of which he was assigned to the USS Wyoming, a battleship on July 14, 1912.

While serving in the US Navy, Richard E. Byrd earned the first of his many awards; a Silver Lifesaving Medal. He won the prize by rescuing a sailor who fell overboard. 2 years later, he was reassigned to the USS Dolphin, a gunboat, in 1914 but he was medically retired two years later on March 16, 1916, after sustaining a foot injury from his service. Upon his retirement from the Dolphin, he was not only assigned as an Inspector and Instructor at the Rhode Island Naval Militia, but he was also promoted as a junior grade lieutenant.

When World War I broke out, he was called to serve in active duty and was designated at the Office of Naval Operations while simultaneously serving as an organizer and secretary of the Navy Department Commission on Training Camps.

His job was to train men in aviation, and their base school is located in Pensacola, Florida. He earned his wings as a Naval Aviator on June 1918 and shortly after was given the command at Naval Air Station Halifax in Canada.

After the war, Richard E. Byrd was commissioned to formulate a plan for the US Navy’s transatlantic flight path in 1919. One of his earlier expeditions also took place on August 15, 1923, when he took command of the aviation unit of an expedition in North Greenland which took place from June 1925 until October of the same year of which was led by Donald B. MacMillan.

The Flight to the North Pole

On May 9, 1926, Richard E. Byrd along with Floyd Bennett, attempted and claimed to have reached the north pole at a distance of 1,535 miles in a Tri-motor airplane named Josephine Ford, as financed by the Ford Motor Company. Upon their return, both men were hailed as heroes and were awarded the Medal of Honor by President Calvin Coolidge. However, their expedition was caught up in controversy when the validity of their record pushed thru in reaching the North Pole.

Exploration of the Antarctic Regions

In the course of his life, Richard E. Byrd conducted five expeditions to the Antarctic regions which aided future explorers of the necessities required for the trip. Although dangerous, Byrd still pursued exploring the area of which on his second trip, he suffered from carbon monoxide poisoning which almost cost him his life. In all of his expeditions, he made effective use of the radio, airplane transportation, cameras for it to work and greatly aided the mapping and research of the region.

Besides being an explorer, Richard E. Byrd also authored several books. His first book was released in 1928 entitled Skyward and related the details of his first expedition from 1928 to 1930, as well as his flight to the North Pole and the Antarctic. His second book was entitled Little America released in 1930 and accounts of his trip to the South Pole and his aerial exploration of the Antarctic.

He has an autobiography entitled Alone of which told the experiences during his second Antarctic trip where he also spent five grueling months alone in a meteorological station and was published in 1938.

Richard E. Byrd died at the age of 68 on March 11, 1957, in his Brimmer Street home located in Boston. At the time, he was suffering from a heart ailment but died peacefully in his sleep.