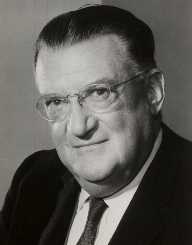 Walter O'Malley? was an American lawyer, businessman, and owner of the US baseball teams Brooklyn/ Los Angeles Dodgers.

Due to the Great Depression, the O’Malley family lost its fortune. O’Malley started working to finance his studies.

In 1930 after his graduation from Fordham, O’Malley founded the Walter F. O’Malley Engineering Company. Ideally, the firm combined his legal training and his experience he got during his working days at the New York City’s Engineering Department. He got his first client during the depression. He drafted a will for a local priest who came after getting his name from the directory. The priest had debts and needed help to clear them before his death. O’Malley helped him out through a trust company. The owner of the Brooklyn Trust Company George McLaughlin bought the bailout idea. McLaughlin then hired O’Malley as an assistant in the firm.

When the Brooklyn Dodgers went into financial crisis, McLaughlin decided to help revive its profitability. Two camps emerged following the deaths of the two founding partners. In the ensuing inheritance battle, McLaughlin helped them hire a prolific manager to head the team. Larry MacPhail revived the profitability of the team but resigned to join the US army in the WW2. McLaughlin suggested O’Malley for the job. In 1942, O’Malley was hired. He got the job on two accounts. He was a lawyer who could arbitrate in case of any feud among the two camps. Second, he was a respected member of the O’Malley family.

In 1944 O’Malley and his two partners decide to buy 25% of the club shares.  In 1945 the trio bought another 50% of the team. Technically they owned the club. To avoid any future split, McLaughlin consolidated the shares into a block, without any split sharing. The trio split their responsibilities, Branch Rickey was in charge of scouting talent for the team, and John Smith was to head the administrative issues, while O’Malley dealt with legal issues of the team. O’Malley and Rickey wrestled for the control of the team. The third partner Smith was the swing vote for the two.

In 1950 Smith died leaving his widow as the heir of his shares. She replaced her husband in the partnership. Rickey sold his 25% shares to O’Malley. With Mrs. Smith as a silent partner, O’Malley controlled the club activities. Eventually, she sold her share of the company to O’Malley.

He executed structural changes within the team. Brooklyn Dodgers now became a company. He delegated other duties to his juniors, as he dealt with sales and marketing of the team. He got broadcasting contracts and finances for the rehabilitation of the clubs new stadium. Dodgers’ fans could now watch live matches in their homes. Despite his efforts, fans continued to decline from the stands all across the US. Although the Dodgers were doing well on the field, fans continued watching the games on television.

In 1955 Dodgers won their first World Championship Series in the club’s history. Fans started coming to the Ebbets field, Dodgers’ playing stadium. O’Malley suggested buying land from the New York City government land to build a stadium. He was denied. In 1958, he moved the team to Los Angeles. He was vilified in New York for his move. In 1978, his transformations paid off. Los Angeles Dodgers registered over 3 million fans in a single season. O’Malley’s business clout had transformed the club’s profitability.

O’Malley married Katherine Hanson in 1931. They stayed together until his death in 1979. They had two children, a daughter named Therese, and a son called Peter. Upon his death, O’Malley left the Dodgers team to his son Peter.

Apart from baseball, O’Malley had other family ventures in real estate and railway transportation.

Walter O’Malley died on August 9, 1979, in Minnesota. He was battling with cancer but died of cardiac failure.

During his presidency, Dodgers won the baseball league 15 times, six in New York and nine in Los Angeles.