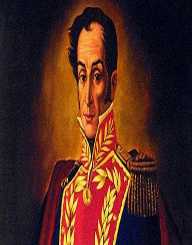 Simon Bolivar was born on July 24th, 1783. His place of birth was in Caracas, Venezuela. He is regarded as one of the most influential individuals in the history of South America. His lifetime achievement was being the leader of a liberation movement which led to successful revolutions against the Spanish empire.

Bolivar was born into a well-off family as his father was a colonel in the military. He was majorly involved in the fight for independence after France had attacked Spain in 1808. Decades later, the birth of "Republic of Bolivia" was witnessed after which numerous people hailed Bolivar as The Liberator. He died at the age of 47.

Simon Bolivar was born on July 24th, in 1783. Bolivar was baptized and given the name Simón José Antonio de la Santísima Trinidad Bolívar y Palacios. His parents had four children altogether with Bolivar’s other two sisters and one brother. His family was wealthy with significant sources of their wealth coming from the mines and the estates that they owned.

Tragedy struck, and young Bolivar had to leave Venezuela to Spain. His parents had died and left him an orphan at a young age. He migrated to Spain in 1799. He went on to continue with his education in his new home, and later on, he tied the knot in 1802 with María Teresa Rodríguez del Toro y Alaysa.

After one year, the couple visited Venezuela. In 8 months, Teresa suffered from yellow fever and died as a result on January 22nd, 1803. The death of his wife left Bolivar devastated to the extent that he swore never to marry again. This is one promise that he kept later in life.

In 1807, after his wife had died, Simon Bolivar went back to Venezuela. Three years later in 1810, there was a coup in Venezuela. This led to their de facto independence. This came after the Supreme Junta had been established with one of the members being Simon Bolivar. The colonial administrators were overthrown as a result of this occurrence.

After travelling to Great Britain in search of their help, Bolivar returned home. His mission was now to gain control of his home country from the Spanish. On May 14, 1813, Bolivar teamed up with his followers and attacked Venezuela. This symbolized the commencement of "Campaña Admirable"- which meant “Admirable Campaign.” This had a positive impact as it contributed to the formation of the Second Republic of Venezuela.

When all this was happening, Simon Bolivar was declared “The Liberator.” Shortly after this, Bolivar went ahead and declared "Decree of War to the Death.” This was a ruling that would permit the killing of Spanish individuals who were against independence.

With support surrounding him, for example, from Haiti, Bolivar participated in some battles that led to recapturing of several other provinces including Bogota.

Simon Bolivar promised himself not to marry again after the death of his first and only wife. However, rumor has it that he was once in a relationship with Manuela Saenz. She later helped him escape from being assassinated.

Simon Bolivar died on December 17th, 1830 after suffering from tuberculosis. He passed away at the age of 47.