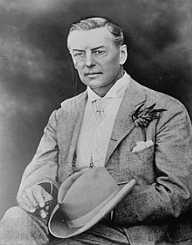 Austen Chamberlain was born on October 15, 1863, in Birmingham. His father was an industrialist and became a renowned statesman in his later life. His parents had two children- Austen and his sister Beatrice Mary. Chamberlain's mother Harriet died giving birth to him. His father remarried after five years to her cousin Florence Kenrik. Chamberlain had two half-siblings, one of whom, Arthur Neville became the Prime Minister of Britain. Florence gave birth to another baby, but she and the baby died during childbirth.

Chamberlain’s father was wealthy enough to send his son to Rugby, the oldest and most expensive public school in England. After graduation, he went to the Trinity College, Cambridge. While at college, Chamberlain joined the Political Society and began making his first political addresses. He was also a member of the Cambridge Union Society and became its Vice President.

Chamberlain was interested in politics, and it pleased his father, who wanted him to pursue a political career. After college, Chamberlain was sent to study in France at the Ecole des Sciences Politiques and Germany, where he studied at the University of Berlin. Chamberlain returned to Birmingham in 1887.


The beginning of a political career

When Austen Chamberlain came back to England, he began working with his father, who at the time was already a statesman. He quickly gathered experience and contested in the 1892 general election, winning his first parliamentary seat. Chamberlain represented his father’s Liberal Union Party from East Worcestershire. After entering the House of Commons, Chamberlain was assigned the position of Junior Whip and had to represent his father’s ideas in policy matters.

Austen Chamberlain made his maiden speech only 1893 since the parliament was unstable at the time. He attacked W.E. Gladstone, who was at the time Prime Minister of Great Britain for his 1983 Government of Ireland Bill. However, Gladstone highly praised Chamberlain's work and congratulated him and his father for their excellent political performance.

In the 1895 General Election, the Conservatives and the Unionist won with a majority and Chamberlain was made the Civil Lord of Admiralty. Chamberlain worked at the position for five years. In 1900, he was appointed a new position, becoming the Financial Secretary to the Treasury. Just two years later, Chamberlain became the Post Master General, acquiring his first cabinet berth. The following year, Chamberlain became the Chancellor of Exchequer.

At the time when his son reached the highest position in his career, his father Joseph was fighting the Prime Minister on tariff reform issues. By the end of the year, the feud reached its peak and Joseph decided to resign from his cabinet post. He campaigned for the tariff reform, which significantly weakened his son’s position. Nevertheless, Chamberlain continued to remain in his seat until the government fell in 1906.

In 1906, the Conservative and Liberal Union Party fought for the parliamentary seats in the general election but lost more than half of them. Chamberlain was one of the few MP’s who was able to hold his position after the election. At the time, his father retired due to poor health, and Chamberlain took over campaigning for the tariff reform within the party. His party lost the 1910 general election, and Chamberlain became the opposition MP until 1915.

When the wartime coalition government was formed, Austen Chamberlain became the Secretary of State for India. He served in the position until 1917, when he resigned after the failure of the Indian Army in the British Campaign at Mesopotamia. The following year he returned to government and became a member of the War Cabinet as a Minister without Portfolio.

After returning to the Cabinet, Austen Chamberlain was soon appointed at his previous position as the Chancellor of Exchequer. He earned high praise during this time since he quickly repaid the country’s debts incurred during the war. He also strengthened the national credit and secured the stability of the national currency.

In 1921, Chamberlain became the Leader of the Conservative Party, which was formed after merging the coalition parties. He was at the time the Leader of the House of Commons and was appointed to the office of Lord Privy Seal. However, Chamberlain resigned from his leadership position, since he wanted to break away from the Wartime government against the popular demand.

Austen Chamberlain returned to the government in 1924, when he became the Secretary of State for Foreign Affairs. He served in the position until 1929, solving many international crises. In 1925, Chamberlain rejected the Geneva Protocol, since it gave the Council of League of Nations an arbitrary power. He was also instrumental in negotiations of Locarno Pact, signed in London by Britain, France, Germany, Italy, and Belgium. The act provided for peace in post-war Europe.

His work with China and Egypt was not that successful, and despite fighting for the interests in Britain, he could not find a long-term solution with the British relations to either of these countries.

Chamberlain retired from the government when Prime Minister Baldwin resigned in 1929. He continued to attend the House of Commons and spoke on several different issues. Two years later he briefly returned to the government as the First Lord of the Admiralty in the first National Government but resigned after the Invergordon Mutiny. Chamberlain remained active in the politics for the next six years and was with Winston Churchill when he gave a call for the rearmament in the face of the Nazi regime threats.

Chamberlain died on March 17, 1937, when he was 73 years old. He got married once and had three children. His wife was Muriel Dundas, daughter of Colonel Henry Dundas, with whom he got married to in 1906. He and his family lived in Mayfield, East Sussex, but he sold his house in 1929 since he was not popular with his neighbors. Chamberlain was interested in rock gardening.

In 1926, Chamberlain was awarded the Nobel Peace Prize for his role in the Locarno Treaties, receiving the award jointly with the American banker and politician Charles Dawes.