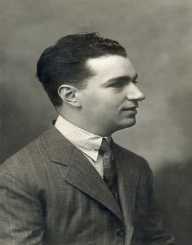 Isaac Albeniz was an amazing musician who revolutionized Spanish music and composed many Spanish folk music. Not only was he a famous Spanish composer but also a piano maestro. He was respected worldwide for his piano folk music. His music was so popular that others sought ways to incorporate other musical instruments such as the guitar. This led to Asturias, Seville adaptions.

Spanish music became well known internationally due to his compositions, this also influenced many successful musicians. He traveled to many countries composing and performing his compositions.

By his music, Isaac Albeniz not only won people’s hearts around the world but also became very famous. He was very passionate in his music. ‘Fundacion Isaac Albeniz’ was an academy built to facilitate research on Albeniz’s compositions and other Spanish music.

On May 29, 1860, Isaac Albeniz was born to his parents; Dolors Pascal, and Angel Albeniz, a customs officer. After his parents realized his music talent they engaged him into several music class tutorials. His first performance was at four years. Despite passing his entrance exam for piano at the Paris conservatoire, he was not enrolled.

Isaac Albeniz was denied a place by the authorities simply because they thought that at age 7 he was too young to take piano lessons. He started performing in concerts at the age of 9. Albeniz’s father was very supportive and organized for him music tours throughout Spain. He traveled to many countries.

By the age of 15, Albeniz’s music was well received by his music fans. After staying at Leipzig Conservatory for a short while, he transferred to the royal Conservatory, Brussels, where he got a royal grant from a kind initiative by a secretary to King Alonso of Brussels, Guillermo Morphy. As appreciation, he dedicated his compositions 'sevilla' to Morphy's wife.

Felip Pedrell was a renowned composer who influenced Isaac Albeniz to compose 'chants d'Espagne'. In the year 1889-1892 his career was at its peak, during this period he toured entire Europe. He settled in Paris in the 1890s.

In addition, Isaac wrote music comedies which became a big success. This success caught, Francis Monet-Coutts, 5th Baron Latymer's attention, who then not only provided him with librettos for Henry Clifford but also for the trilogy of Arthurian Operas.

In 1883, Isaac Albeniz married Rosina Jordana who was his student, and they had three children. He had two daughters, Blanca and Laura and a son Alfonso. His first daughter Blanca died in 1886. Laura his second daughter was passionate about painting and she became a painter.

Isaac Albeniz adopted salon style in his writing. He was influenced by traditional composing styles and famous musicians like Bach, Beethoven and Chopin and much more. He composed music in opera, Zarzuela and had other works in piano.

In the 1900s, Isaac Albeniz developed health complications and suffered from Bright's disease. During this period he stopped his performances and began composing piano music. In 1908 he wrote his final masterpiece a twelve piano impressions suite 'Iberia'. On May 18th, 1909, Albeniz died at the age of 48.