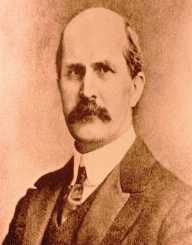 William Henry Bragg was born in Wigton,Cumbria, England in July 2, 1862. He was a British scientist. In 1915, he won the Nobel Prize in Physics jointly with his son, Bragg. They won the prize for their services in the analysis of crystal structure by means of X-rays. He was also a mathematician and a sportsman.

William Henry Bragg was born on July 2, 1862, in Wigton, England. He was born to Robert John Bragg who was a farmer and a merchant marine officer and Mary Wood. At the age of seven, his mother died, and so he was raised by his uncle, William Bragg. He later moved to Leicestershire where his uncle lived. He attended Sch Old Grammar. He also attended King William’s Colleg in the Isle of Man. In 1881, he won a scholarship and joined Trinity College, the University of Cambridge where he studied mathematics. He studied mathematics under Dr. E. J. Routh. In 1884, he graduated as a third wrangler. The following year he received a first class honors in the mathematical tripos.

In 1885, after he graduated college, he became the elder professor of mathematics and experimental physics at the University of Adelaide. His interest in physics developed upon the discovery of the X-ray by Wilhelm Rontgen. He also became friends with Ernest Rutherford who further motivated him to venture into the field of physics. In 1896, he made a presentation at a gathering of doctors stating that X-rays could be used into use in order to reveal the structures that were otherwise invisible. In 1904, he delivered another presentation for the Australian Association for the Advancement of Science in New Zealand. The presentation was on the theory of ionization of gases.

He also presented on research he was conducting on the subject of bore fruit. His efforts led to a Fellowship from the Royal Society of London. The same year also saw him publish papers in relation to Alpha Rays and Ionization Curves of Radium. While he was in Australia, he also portrayed his sportsmanship by playing golf, lawn tennis, chess, and lacrosse. He co-founded the North Adelaide Lacrosse Club and the Adelaide University Lacrosse Club.

In 1908, he returned to England. In 1909, he was appointed the Cavendish professor of Physics at the University of Leeds. He invented the X-ray Spectrometer while at the university. He also collaborated with his son, Bragg to come up with a new branch of study called X-ray Crystallography. In 1914, he assisted in World War I by detecting submarines. In 1918, he was appointed as advisor of the Admiralty. In 1915, he became a Quain professor at the University College in London. In 1923, he was appointed the Fullerian professor in the field of chemistry by the Royal Institution. He also became the director of the Davy Faraday Research Laboratory.

In 1907, he became a fellow of the Royal Society. In 1915, he won the Nobel Prize in physic jointly with his son, Bragg for their research in relation to crystal analysis. The same year saw him win the Barnard Medal and the MedaMatteucci l. The following year he received the Rumford Medal. In 1917, he was made a Commander of the Order of the British Empire. In 1930, he received the Copley Medal.

In 1889, he married Gwendoline Todd with whom he had three children, Lawrence, William  Robert and Gwendolen. He passed away on March 10, 1942, in London. He died at the age of seventy-nine. The reasons that led to his death are not known to date.