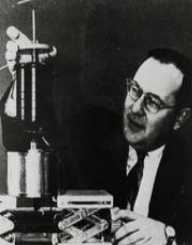 Arthur Leonard Schawlow was born in May 5th, 1921. His birthplace was Mount Vernon, New York in the United States. He was the second born to Arthur and Helen. His father originated from Latvia. He had a job at a life insurance company. His mother on the other hand came from western Canada. Arthur L. Schawlow had an elder sister named Rosemary. His family relocated to Canada when Schawlow was still young.

Arthur Leonard Schawlow began his education at Winchester elementary school. He later took his high school education at Vaughan Road Collegiate Institute. He won a scholarship at University of Toronto after his high school education. He pursued Mathematics and physics. Even though his initial wish was to study Radio Engineering, he was content with the subjects he was pursuing. According to him Physics and mathematics were quite close to Radio engineering. He graduated in 1941 during the Second World War in Canada. After the war he enrolled for his PhD in Malcolm Crawford and graduated in 1949.

Arthur L. Schawlow began his career during World War II in Canada. He taught personnel for the army at the University of Toronto and accomplished his duties by 1944. He also worked at Research Enterprises Ltd before the war ended. He later worked alongside Charles H. Townes at Columbia University. Charles later came to become his brother in law when Schawlow married his small sister. The two developed working maser. In 1951 he took a job offered to him at Bell Telephone Laboratories. He served as a physicist while conducting his superconductivity research and nuclear quadrupole resonance.

Arthur L. Schawlow authored the book Microwave Spectroscopy together with Charles H. Townes. It was published in 1955. He served in many universities and institutions thereafter. In 1961 he became a full time professor at Stanford University in Palo, California. He spent the last years of his career at the University. He was appointed chairman of physics department in 1966 and assumed the position till 1970. In 1978 he was honored as the C.J. Wood and J.G. Jackson in physics. He retired from his career in 1996

Arthur L. Schawlow received a number of awards during his life for his exemplary contributions in science. In 1962 he was presented with Stuart Ballantine Medal. Later he received Morris N. Liebmann Memorial Prize in 1964. He was again honored with California Scientist of the Year in 1973. In 1976 he won the Frederick Ives Medal. A year later he was awarded with Marconi International Fellowship in 1977.

Arthur Leonard Schawlow tied the knot with Aurelia Townes in 1951. She was a choral conductor, musician and a mezzo-soprano. She was the little sister to Charles Townes with whom they worked together in scientific researchers. The couple was blessed with 3 children Arthur Keith, Helen Aurelia and Edith Ellen. His son Arthur Keith was autistic. A tragic road accident claimed the life of his wife in1991.

Arthur Leonard Schawlow Died in April 28th, 1999 at the age of 77. He had suffered from many health complications including congestive heart failure later in his life.