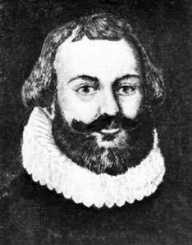 Myles Standish was a military leader. The English religious exiles had hired him to protect their interest in their newly acquired colony in the United States of America. In 1620, an English ship titled Mayflower began its journey from Plymouth, England, to an unknown territory in the present-day United States. Altogether, there were 102 passengers on board the ship. Myles Standish was one of them. They reached their destination and founded a colony for their residence there. The settlement at that time was called the New England and these people named their colony ‘Plymouth Colony’. They eventually chose Standish as their military leader. He came in contact with these religious exiles best known as the Pilgrims during his younghood when he went to the Netherlands for fighting against the Spaniards.

After studying various documentation, historians came to a not so definitive conclusion about the time and place of his birth. The available historical pieces of evidence say that Myles Standish was born in 1584 in Lancashire, England. The Queen Elizabeth I of England had sent armed forces to help the Protestant Dutch Republic. At that time, the Protestant Dutch Republic were fighting against the invading Spaniards. Myles was probably a part of these armed forces. Such aggression of Spaniards over Holland is historically known as the Eighty Years’ War between the Netherlands and Spain.

There are conflicting accounts of the role of Standish in the British contingent. However, irrespective of his position in the British troop, he was able to earn a good reputation among the Pilgrims from England. These refugees first came to Amsterdam in 1608 and later settled in a town called Leiden in the Netherlands. They are commonly referred to as English Dissenters who fled from England to the Netherlands.

According to the common belief and the available documents, Standish undertook a voyage from Plymouth, England to New England, America. The sailors founded a new residential colony in this part of the world. Subsequently, they named it the Plymouth Colony. They also selected Standish as their military leader. Standish on his part remained completely loyal with the settlers. He played a key role in the administration and defense of Plymouth Colony from the very beginning. As a result, the immigrant residents of Plymouth Colony elected him as the first commander of their army. He served the position uninterruptedly until his death.

As the commander of the pilgrims, Standish took preemptive actions against the hostile Native Americans. This was one of his first major accomplishment. He spearheaded several attacks against the local tribes and learned their languages too. He was also instrumental in bringing the London investors to his colony to initiate business opportunities for the prosperity of the residents. Besides remaining as the commander of the military he also served as treasurer and assistant governor of Plymouth colony from 1644 to 1649. In 1631, he left the colony and moved to Duxbury, Massachusetts. In the process, he became the founder of the town of Duxbury and also became one of the first settlers of the town.

Standish married 17-year-old Rose in 1618. However, she died within three years of their marriage. By 1624, he tied the nuptial knot again. This time he married a woman named Barbara. They together had a number of children. Barbara died on October 6, 1959.

He gave up his responsibility as the military chief of Plymouth colony by 1640. Preferring a quieter life he renounced his job of an active soldier. Thereafter, he started working in the capacity of an advisor to the armed forces. On October 3, 1656, Standish died after suffering from conditions arising out of kidney stones or bladder cancer. A number of military installations, monuments and towns have been built in his name to keep his legacy alive.