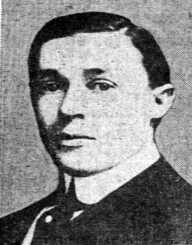 Washington Augustus Roebling was born on May 26, 1837, in Pennsylvania in the United States of America. He was an American civil engineer famously known for his contribution to the construction of the Brooklyn Bridge.

The bridge was initially designed by his father John A. Roebling, and he later supervised its construction. He was an officer in the Union Army who served during the American Civil War and the Battle of Gettysburg. He died on July 21, 1926, in Trenton, New Jersey, U.S.

Washington Augustus Roebling was born in Pennsylvania in the United States of America on May 26, 1837. He began his early education under the tutorship of Riedel and Henne in Pittsburgh. He attended some classes under Professor Lemuel Stephens of the Western University of Pennsylvania with whom he lived.

Augustus Roebling then went to the Trenton Academy and proceeded to New York to join the Rensselaer Polytechnic Institute. He graduated in 1857 as a civil engineer and worked with his father in his bridge projects.

For two years from 1858 to 1860, he was involved in the construction of the Allegheny Bridge. He returned to Trenton in 1860 and worked at a wire mill belonging to his father.

With the outbreak of the American Civil war on April 16, 1861, he enlisted in the New Jersey Militia as a private. He resigned from the private position after two months of service to pursue a higher rank.

He served as 2nd Lieutenant in the New York artillery battery and was later promoted to serve as an officer. After several battles including Manassas Junction, Antietam, Chancellorsville, the Wilderness,

Siege of Petersburg, Battle of Gettysburg, he was appointed lieutenant colonel in December 1864 and later as a colonel. He was named veteran companion of the Military Order of the Loyal Legion of the United States.

After his service in the army, he joined his father on the on the Cincinnati-Covington Bridge project seeing its completion in 1867. In 1868, he served as an assistant engineer in the Brooklyn Bridge project. In 1869, his father John A. Roebling died, and he took up the role as chief engineer to oversee the project.

Augustus Roebling improved his father’s initial design by erecting two large pneumatic caissons which served as the foundations for the two towers. Even after experiencing health complications from the 1870 fire incident rendering him unable to be on site, the Brooklyn Bridge came to a completion in 1883.

Through the support of his wife and aides, he was able to complete the Brooklyn Bridge project in absentia. However, he suffered the effects of the incidents experiencing deterioration in his health for almost his lifetime.

Augustus Roebling married Emily Warren Roebling and together had a son John A. Roebling, II. He resided in Troy, New York, from 1884 to 1888. After his son’s graduation, he relocated with his family to Trenton in 1892.

His wife Emily passed away in 1903 from stomach cancer. He later married Cornelia Witsell Farrow in 1908. Before his death, he had served as President of the Alumni Association at Rensselaer from 1902 to 1903. He also became president of John A. Roebling's Sons Company at the prime age of eighty-four in 1921. Augustus Roebling died on July 21, 1926, in Trenton, New Jersey, U.S. at the age of eighty-nine.