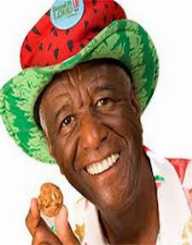 Distinguished African-American entrepreneur, author, and television personality Wally Amos was born as Wallace Amos Jr. on July 1, 1936, in Tallahassee, Florida, United States of America. Upon his parents’ divorce in 1948, he had to live with his Aunt Della in Manhattan, New York City, New York. He had some pleasant experiences while living with his Aunt, who used to bake delicious chocolate chip and pecan cookies at home.

His love affair with culinary art, especially with chocolate cookies, stemmed from his teenage days spent under the principled care of his Aunt. Aunt Della wasn’t an affluent person. However, her home possessed the ideal qualities of raising a child. Amos pursued his affection towards the art of cooking and enrolled at the Food Trades Vocational High School to hone his culinary skills.

Wally Amos joined the United States Air Force after having studied culinary art for two years. He returned to New York in 1957 after spending four years with the U.S. Air Force and started studying in a college to make a career in secretaryship. Soon, he embarked upon the journey of his professional career after having secured his graduation.

Soon, he was credited for signing the hitherto unknown singer duo of Simon and Garfunkel. Following the development, he was entrusted to head the Rock 'n' Roll department of the agency. As the chief of the newly formed department, he represented some of the big names of the music industry including the likes of Marvin Gaye, Diana Ross & the Supremes and Sam Cooke.

In 1967, he left William Morris Agency and moved to Los Angeles with an intention to start a personal management company. However, he found it difficult to continue the business under the mounting pressure of his accumulated burden of debts. Facing a tough time, he recalled his good old days spent with his Aunt Della savoring the delectable chocolate chip cookies baked by her.

Wally Amos started baking chocolate chip cookies using the recipe of his Aunt with some refinement and opened a first of his many ‘Famous Amos’ cookie stores in Los Angeles, California. He procured a $25000 loan from Helen Reddy and Marvin Gaye to fund the initiative.

With innovative marketing strategy and a sustained advertisement campaign, ‘Famous Amos’ began to expand its business until those ‘Famous Amos’ chocolate cookies were made available on the shelves of the American supermarket stores. Amos spent a decade enjoying the dominant success of his cookie kingdom. In 1985, he started to dispose of parts of his company due to some financial mismanagement.

During the mid-90s, leading Famous Amos distributor Lou Avignone launched a muffin company, initially named as "The Uncle Noname Gourmet Muffins" in collaboration with Wally Amos. The company was renamed as Uncle Wally's Muffin Company in 1999. The company has a presence of over 3500 stores around the world.

Apart from his cookie empire, Amos authored ten books. A number of these books including ‘The Power in You' and 'The Cookie Never Crumbles' possessed a self-help theme.

He was also invited to deliver speeches after his resounding success of cookie business. He is associated with the ‘Literacy Volunteers of America’ and a vociferous advocate of removing illiteracy from the face of the United States. He appeared in some television shows as well including ‘Taxi’ (1978), ‘Traxx’ (1988) and ‘The Office’ (2005).

Three times married Wally Amos presently lives in Hawaii along with his third wife, Christine Harris. The couple together has a daughter called Sarah. He also has three sons from his two earlier marriages. He duly credits his Aunt Della for all the achievements of his life.