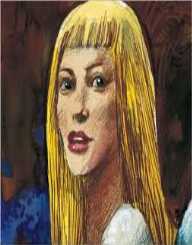 Virginia Dare, who was born to Eleanor Dare in what was then known as the New World on the 18 August 1587. She subsequently became the first baby born to English settlers in the New World. Her parents had been part of an English fleet led by John White, a gentleman, artist, and friend of Sir Walter Ralegh. The expedition contained 141 would-be settlers who had been sent to settle Roanoke Island.  Virginia Dare’s parents were among the group of settlers.

Virginia Dare's father was a bricklayer from London, Ananias Dare, and Eleanor, the daughter of John White. When supplies ran low in the colony, it was decided that John White would return to England to get supplies and more colonists. He left on the 27 August 1857, intending to return as soon as possible. In the interim, Spain had attacked Britain and White was unable to return to the New World until three years later.


The fate of Virginia Dare and the Colonists

On the 18 August 1590, White who was by then the governor of Queen Elizabeth’s North American dominion, Virginia, returned with two ships, the Moonlight and the Hopewell. They landed on Roanoke Island, in what is today North Carolina and found the colony totally deserted. No traces of the colonists were ever found, and historians believe that there were three general possibilities which marked their fate: war, famine or pestilence.

White’s sailors did not find any burials or human remains on Roanoke which led to the belief that the colonists had left the island. Jamestown colonists later reported second-hand stories about a few survivors living with tribes, but the stories were never confirmed.