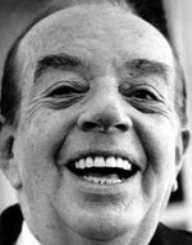 When it comes to American stage direction and film direction, Vincente Minnelli is regarded as one of the most influential directors of his time. He is also given the status of bringing a new sophistication infused with vitality into the movie musicals in the year 1940’s to 1950’s.

Vincente Minnelli was known for his unique style of putting together music and plot in a way that produced the most lavish movie musicals for movies like Gigi, Brigadoon, etc. which he even won the Academy Awards. His trademarks in the industry were his surrealism combined with his nimble versatility and also showing touches of saturated color.

Vincente Minnelli was born on the 28th of February in the year 1903 in Chicago. He was born to Marie Emilie Odile Lebeau who was also an actress and Vincent Minnelli who was a co-owner of a dramatic and tent theatre. Vincente Minnelli had theatricality in his blood if not in his name. He was amongst the four children, but only two survived till adulthood.

Vincente Minnelli's career began as a child actor while touring with the family. He was always interested in the designing part of the work as compared to the performing side. Following the same passion, he got involved in the brief study of art at the Art Institute from which he later got a job as a billboard painter at the Marshall Field’s department store.

From there he got an opportunity to be a costume and set designer for a theatre which further took him to the Broadways. Seeing his success in the theatre and broadways, he was later hired by the Radio City Music Hall to be an Art Director.

Vincente Minnelli directed many Broadway revues which pushed him to highest of the success in the plays like Ziegfeld and the same success gave direction to many offers towards him at the main stage, i.e., Hollywood. Because of the same, he also got a dead end contract with Paramount and even got a spot on the MGM which provided him the stardom that lasted for the bulk in his career.

The very first assignment which paved a way to success was in the form of a Broadway musical by the name of Cabin in the Sky, though successful this musical was a risky take due to its all-black cast. This play proved him as a director with a solid foundation and varied career.

Vincente Minnelli had a long career which was full of success and just after a decade of his career’s beginning, he scored another hit by the name of On a Clear Day You Can See Forever made in 1970’s. Meanwhile, he had a varied career where he even directed many comedy hits like Father of the Bride and also its sequel and another series of films following the same which were a great success too.

Vincente Minnelli met his future wife Judy Garland while directing his third movie in the year 1944 which was also a great success. The bond between the couple grew over the year and married each other the following year. The lovely couple had a daughter out of the wedlock by the name of Liza Minnelli. But the marriage could not last long, and the couple split from each other after six years.

Vincente Minnelli's career and directing skills are said to provide a path for success and also help in steering a total of seven actors to be nominated for Oscars including some of the famous names such as Shirley MacLaine, Gloria Grahame, Kirk Douglas, and Spencer Tracy. He ultimately died on 25th of July in the year 1986.