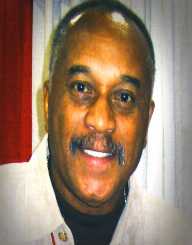 Tommie Smith's family moved to California, and he attended Lemoore High School in Lemoore. Despite a serious bout of pneumonia when he was a child, Smith became an exceptional athlete in high school. He excelled in basketball, football, and track and field. Smith set most of the records for the school in their track and field events, and many of those records still stand today.

The achievements he accomplished in high school, earned Tommie Smith a scholarship into San Jose State University, where he began in 1963. In May 1966, Smith ran a world-best time of 19.5 seconds for the 200 meter straight. The record was held for 44 years.

A few days later, in June 1966, Tommie Smith set another record for the 200 meters around a turn. Six days after that, he won the NCAA Men’s Outdoor Track and Field Championship. He won two national titles in 1967 and then headed off to Japan for the 1967 Summer Universiade where he won the gold medal for the 200 m. He won the AAU national title again in 1968, which cemented his place on the 1968 United States Olympic team.

Tommie Smith was a track and field teammate of Smith at university. Leading up to the Olympic trials, Tommie Smith ran a 19.92 in the same race as Smith, beating both Smith and his world record. Carlos, however, was wearing brush spike shoes at the time, so his record was not allowed.

Tommie Smith and Carlos were both members of the Olympic Project for Human Rights. The 1968 Olympics were at a time when apartheid in South Africa was in the news, and also racial segregation in the United States was still a huge issue.

The crowd booed the gesture, and Smith and Carlos were forced to leave the Games.

AlthoughTommie Smith was wanting certain conditions to be met by the International Olympic Committee (IOC), when they weren’t, Tommie Smith and Carlos decided they would wear the gloves, go barefoot, and wear OPHR badges.

Some people, along with the IOC president, Avery Brundage, didn’t think the Olympic Games were the correct forum to make a political statement.

Tommie Smith and Carlos were suspended from the American team. They got in trouble back home and faced financial hardship after their suspension. At the time, it only seemed to be the authorities in the U.S. that had an issue with their actions.

In 2006, Tommie Smith and Carlos were pallbearers at the funeral of Norman, in Melbourne, Australia. Tommie Smith published his autobiography in 2007, called Silent Gesture.

In 2008 Tommie Smith, along with Carlos, accepted the Arthur Ashe Award for Courage in relation to their famous salute.

Among numerous awards and honors for Smith, were the following: