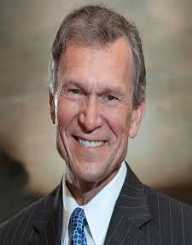 Thomas Andrew Daschle was born on December 9, 1947. He is an American politician and lobbyist. In 1987, he became a United States Senator from South Dakota, a post he held up to 2005. He is a Democrat. He is currently seventy years old.

Thomas Andrew Daschle was born on December 9, 1947, in Aberdeen, South Dakota in the United States of America. He was born to Elizabeth and Sebastian Daschle. He was brought up alongside three brothers. He attended South Dakota State University. In 1969, he graduated from the University with a Bachelor of Arts Degree from the Department of Political Science at the School.

At the university, he was a member of the Alpha Phi Omega fraternity. In 1969, he joined the United States Army. He served as an intelligence officer with the Strategic Air Command in the United States Air Force. He was in the army until 1972. He later became an aide to James Abourezk who was a senator at that time.

In 1998, he was re-elected to the Senate. Sometime in 2001, he served temporarily as the Senate Majority Leader. In 2003, he published his book ‘Like No Other Time: The 107th Congress and the Two Years That Changed America Forever’. The book highlighted his experiences in the Senate. In 2004, he lost his bid for re-election when he was defeated by John Thune.

After his departure from the Senate, Tom Daschle became a lobbyist for the law firm Alston and Bird. He first worked as a special policy adviser for the firm before he became a lobbyist since he was prohibited from lobbying one year after leaving the Senate. He was also a senior fellow at the Centre for American Progress.

He co-founded the Bipartisan Policy Centre with former senators Bob Dole, Howard Baker, and George Mitchell. The Centre’s primary purpose is to find bipartisan solutions for policy disputes. He is a co-chairman of the Centre’s Health Project. In 2005, he received an honorary doctorate for public service from the South Dakota State University. In 2011, he received an honorary doctorate of humane letters from the Northern State University.

In 2008, he served as an advisor to Senator Barack Obama during the presidential campaigns. In the same year, he wrote the book ‘Critical: What We Can Do About the Health Care Crisis.’

Tom Daschle first married Laurie Fulton buy they divorced in 1983. They, however, have three children together, Kelly, Nathan, and Lindsay. In 1984, he married his second wife Linda Hall whom he is married to date. He is currently seventy years old.