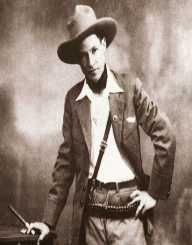 Augusto César Sandino was born on May 18, 1895, in Niquinohomo, Masaya Department, Nicaragua. His father, Gregorio Sandino was an affluent Spanish landlord. His mother, Margarita Calderon was working as a domestic servant in his father’s house. Augusto Sandino was an illegitimate child of his parents. His mother raised Augusto single-handedly till he attained the age of nine years. At the age of nine years, his father accepted him as his son and arranged for his school education. After completing primary education from his village, he went to Granada for further education.

In 1912, Augusto Sandino witnessed the United States’ aggression when the United States Military crushed an uprising against their puppet President of Nicaragua, Adolfo Diaz. The Nicaraguan Police persecuted him on charges of attempted murder of the son of an influential leader of the town. He did try to kill the person as he made some disparaging comments about his mother. Consequently, Sandino fled the country and took shelter in neighbouring countries like Honduras, Guatemala and ultimately in Mexico.

Augusto Sandino started his working career during his exile in Mexico. He found a job in an oil refinery situated near the port of Tampico. During this period he carefully watched the Mexican Revolution which was nearing an end at that time. His proximity to the patriotic Mexicans at that time helped him develop his own political and social philosophy. He went back to Nicaragua in 1926 as the statute of limitations on the charges against him expired. He found a clerical job at the San Albino gold mine situated in the Segovias Mountains near Honduras border.

During this period the resenting voice against America’s puppet President of Nicaragua, Adolfo Diaz grew louder. Adolfo Diaz has just been re-elected at that time under the direct sponsorship of United States. A war broke out between the official army and liberal soldiers of Puerto Cabezas. Augusto Sandino formed an army with the gold miners as soldiers after taking them into confidence to fight for their rights. He then led an attack on the barrack of the conservative soldiers camping near the San Albino Gold Mine. The strike eventually failed.

The armed attack led by Augusto Sandino was followed by his sustained effort to communicate and coordinate with other prominent political and revolutionary leaders of his time. His attempt to join the then revolutionary leader José Maria Moncada Tapia did not produce the desired response as Moncada did not have the necessary trust on Sandino as he knew about Sandino’s presidential ambitions and his failed tactics in the Guerrilla warfare of San Albino Gold Mine.

Even the exiled liberal Vice President Juan Bautista Sacasa refused to provide him necessary arms and ammunitions in spite of his declaration of loyalty and unconditional support for him. Augusto Sandino ultimately was supported by some liberal group commanders who issued him a commission.

In 1927, Augusto Sandino went back to the Segovias Mountain region, raised an army there comprising mostly the local peasants and mounted a successful attack on the Government troops. In April 1927, Sandino’s army joined hands with the Liberal army of General Moncada. Emboldened by the continued patronage of Mexico, General Moncada’s liberal army at that time was advancing menacingly towards the capital city of Managua and seemed to be on the verge of capturing the same. But the U.S.A forced Moncada to agree to a cease-fire by using the threat of military intervention.

On August 4, 1927, the two infighting contingents were brought to sign a peace agreement famously known as ‘Espino Negro Accord.’ Under the accord, Adolfo Diaz was permitted to complete his full term as President, and both the warring factions were to lay down their arms. Sandino refused the terms of the accord, did not ask his followers to either disarm or surrender and returned to his familiar abode of Segovias Mountain. What followed was a prolonged bitter, bloody battle between the Guerrilla fighters of Sandino and the newly formed national army ‘Nicaraguan Guardia Nacional.’

In 1928, General José Maria Moncada became the President of Nicaragua. But it did not help the cause of Sandino a bit. Undeterred, he went on fighting in his own accord. At this point, he started getting support from the Soviet Union based communist organization ‘Comintern’ (communist international). But the relationship between Sandino and the foreign representative of his group, Froylan Turcios, the poet, diplomat and journalist from neighbouring Honduras, started falling apart. It resulted in the erosion of financial and military supply from foreign countries and resulted in regular defeats of his army at the hands of U.S. Marines.

In 1931, an earthquake of enormous magnitude completely devastated the capital of Managua. The government felt the severe impact of the natural calamity and weakened to a certain extent. Augusto Sandino sensed the opportunity and started capturing many cities.

The Great Depression of 1930’s compelled the U.S to withdraw its’ military from Nicaragua, and ‘National Guard’ group took its’ complete control.  In 1933, after the complete evacuation of the U.S. Marines, Juan Bautista Sacasa was appointed as the new President of Nicaragua. Augusto Sandino met with the President in 1934 and assured him of his support. He also agreed that his troops would surrender their weapons but on the condition that the President will dissolve the ‘National Guard,’ a group he opposed vehemently throughout its’ existence.

The leader of The ‘National Guard,’ Anastasio Somoza Garcia, ordered his troops to kill Augusto Sandino without the knowledge of the President Sacasa.

In 1927, Augusto Sandino married Blanca Arauz, a telegraphist. Sandino was regarded as a ‘Robin Hood’ sort of personality among the Nicaraguan leftists and also by many prominent South American personalities due to his apathy and hatred towards the dominance of affluent overseas authorities.

‘Sandinista National Liberation Front’ - The political party of Nicaragua nominated his silhouette and picture as the symbol of their party. Though shrouded in controversy, it is believed that the ‘National Guard’ soldiers assassinated this revolutionary guerrilla leader in a place called La Reynaga on February 21, 1934. Augusto Sandino is regarded as a National Hero in present-day Nicaragua.