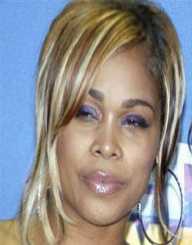 Tionne Tenese Watkins was born on April 26, 1970. She is an American singer, author, and actress. She is also a songwriter and executive producer. Watkins is popularly known by her stage name ‘T-Boz.’ In the 1990s, she rose to fame with the girl group ‘TLC.’ She is currently forty eight years old.

Tionne Tenese Watkins was born on April 26, 1970, in Des Moines in Iowa, United States of America. She was born to James and Gayle Watkins. At the age of nine, she and her family moved to Atlanta in Georgia.

In 1991, Tionne Watkins joined TLC, and the group was signed by LaFace Records which was headed by Antonio Reid. The group consisted of Watkins, Rozonda ‘Chilli’ Thomas and Lisa ‘Left Eye’ Lopes. The girl group sold over sixty five million records worldwide. Watkins has won four Grammy Awards as a TLC member.

In 1998, Tionne Watkins appeared in the film ‘Belly.’ She later made an appearance in an episode of the series ‘Living Single’. In 2016, she got the role of Sheila who was an inmate in the series ‘Days of Our Lives’. The following year, she lent her voice to the animated movie ‘Trolland.’

In 1999, Tionne Watkins published her book titled ‘Thoughts.’ In 2005, she founded Chase’s Closet alongside Tara Brivic. Chase’s Closet was a children’s boutique. In 2013, her show ‘Totally T-Boz’ premiered on the TLC Network. She has made an appearance in an episode of the series ‘Black Dynamite.’

Tionne Watkins was diagnosed with sickle cell anemia when she was a child. Later in life, she became a spokesperson for the Sickle Cell Disease Association of America. In 2002, she was admitted in hospital because the Sickle Cell anemia came back and made her weak. In 2000, she married rapper Mack 10 with whom she has a daughter, Chase Anela Rolison. Four years later, Watkins filed for divorce and also took out a restraining order against her husband.

In 2011, Watkins filed for bankruptcy. In 2012, she moved to Los Angeles in California with Chase. The purpose of the move was to bring Chase closer to her father. In 2016, she adopted a son and named him Chance. She is currently forty eight years old. She continues to sing till date.