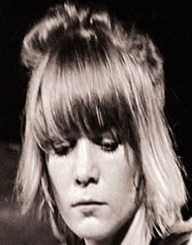 Musician Tina Weymouth was born Martina Michele Weymouth on the 22 November 1950 in Coronado, San Diego County, California to Ralph Weymouth and Laura Bouchage. Her mother is French, and she has an American father. Her father was in the US Navy, and the family moved around internationally. Weymouth is one of eight children.

Tina Weymouth was a student at the Rhode Island School of Design, and it was there that she met David Bryne and Chris Frantz. She obtained her degree in 1974.

While students, Weymouth, Bryne, and Frantz had formed The Artistic, but they disbanded in 1974 when Byrne left the group and relocated to New York City. Frantz and Weymouth then joined Bryne in New York City. When Frantz and Bryne began playing music again, Weymouth was invited to join them as their bass player. They named themselves Talking Heads and their first gig was opening for the Ramones. By 1975, they had turned professional, and in 1976, they were signed to Sire Records.

Jerry Harrison joined the band, and they released Talking Heads: 77 as well as the single Psycho Killer. Albums during this period include More Songs About Buildings and Food (1978), Fear of Music (1979) and Remain in Light (1980). Tina Weymouth and Franz had formed Tom Tom Club and had a hit with Genius of Love. Talking Heads fifth album Speaking in Tongues was released in 1983. The group disbanded in 1991. They recorded eight studio albums, two live albums, 15 music videos, and 31 singles.

Tina Weymouth, Franz, and Harrison released an album The Heads (1996), featuring various vocalists. Bryne objected to the name and sued Harrison, Weymouth, and Franz. The matter was settled out of court. In 2002, Talking Heads was inducted into the Hall of Fame. Weymouth and Frantz continued with the Tom Tom Club, releasing The Good, The Bad and The Funky in 2000.

Tina Weymouth is married to Chris Frantz (m.1977), and they have two sons, Egan and Robin.