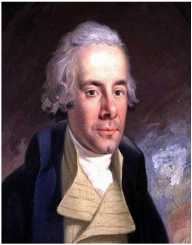 Thomas Clarkson was born on March 28, 1760, in Wisbech, Cambridgeshire. He was born to Rev. John Clarkson and Anne. He attended Wisbech Grammar School for his primary education. In 1775, he went to London. He joined St. Paul’s School. He later went back to Cambridge. Thomas Clarkson joined St. John’s College. In 1783, he graduated with a degree in Arts.

Thomas Clarkson joined the Anglican church in Cambridge. In 1783, he was ordained as a Deacon. In 1785, he joined an essay researching competition about the topic ‘Anne Liceat Invitos in servitutem dare’ renown as ‘Is it lawful to enslave the unconsenting?’. He later interviewed the experienced latter in slavery. He later presented his research essay back to the Cambridge University. He won a prize from Vice –Chancellor Peter Packard's Latin essay competition. In 1786, he reconsidered general population and renamed his essay to ‘An essay on slavery and commerce of human species, particularly Africa, Translated from a Latin dissertation.’ He later met with other against slave trade campaigners including James Ramsay, Granville Sharp among other Nonconformists.

In 1787, Thomas Clarkson alongside twelve men formed Abolition of Slave Trade Committee. He served the Committee as an Evidence collector against the trade. He faced opposition while educating the population against slavery. He later went to Liverpool for evidence gathering. He afterwards proceeded to Manchester. His campaign at Manchester created a positive impact on the anti-slavery campaign. In 1987, he published an article titled ‘A Summary View of the Slave trade and Probable Consequences of its Abolition.’

Thomas Clarkson later travelled to Bristol for his Anti-slavery campaign. He, on his entire mission, gathered iron handcuffs, leg-shackles, branding irons and thumbscrews as evidence of slavery. In 1791, his testimony was used by William Wilberforce in the parliament to induce a Bill which was turned down. In 1794, he quit the campaign due to ill health. In 1804, he re embarked on the campaign. He was in turn involved in setting a backup support from the Members of the Parliament for the Parliamentary campaign. In 1807, due to his efforts, the Slave Trade Act was passed as a Bill. He thereafter went to Europe to continue with his campaign.

In 1823, Thomas Clarkson was involved in the foundation of the Society for Mitigation and Gradual Abolishment of Slavery. In 1833, due to his outrageous efforts, 777 petitions which led to the passing of the Slavery Abolition Act as a Law. In 1838, the law anticipated total reinforcement in the British colonies.

In 1785, Thomas Clarkson was awarded Earl of Portmore’s Domestic Chaplain.

In 1796, Thomas Clarkson married Catherine Buck with whom they had one child. He died in September 26,1846 at Playford, Suffolk. He was buried at the St. Mary’s Church. He died at the age of eighty-six.