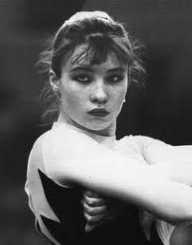 Former Soviet gymnast Svetlana Boginskaya was born in Minsk, Russia on the 9 February 1973. She was a keen figure skater a young girl and then became interested in gymnastics. She was accepted into the Moscow Round Lake Gymnastics Centre at age eight and began formal training. At the age of fourteen, she was in the Soviet national gymnastics team.

Svetlana Boginskaya won a bronze medal at the 1987 World Championships in Rotterdam, Netherlands. She was subsequently chosen for the Soviet gymnastics team for the 1988 Olympics Games in Seoul. It was at these games that she won four medals. Two gold, one silver, and bronze. She won Gold in the Gymnastics Team Competition; Gold for the Gymnastics Vault, Silver for Gymnastics Floor Exercises and Bronze for Gymnastics Individual All-round Women.

Svetlana Boginskaya retired after the Summer Olympics but in 1995. She came out of retirement, taking part in the 1996 European Championships, winning silver. She then announced her retirement for the second time.

Svetlana Boginskaya is married to William Yee. They have a daughter, Ania and a son, Brandon.

After her retirement from gymnastics, Svetlana Boginskaya started running summer camps for students of gymnastics. She has also been involved in several businesses, including selling a range of gymnast clothing and accessories. She lives in Houston Texas.