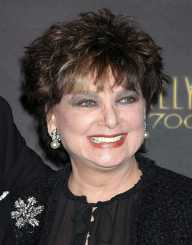 Suzanne Pleshette was born 31st January 1937, to Eugene and Geraldine Pleshette. She was born in New York City, New York, United States. Her parents were both in the entertainment industry – her father was the manager of Paramount Theater in New York City, and in later years became a network executive. Her mother was a dancer and artist.

Suzanne Pleshette attended the High School of Performing Arts in Manhattan, and after graduating, enrolled at Syracuse University. She was only there for one semester, and then she transferred to Finch College.

Pleshette also attended the Neighborhood Playhouse School of the Theatre, which was a very exclusive acting school in Manhattan.

She won a role in the television show. Creature from the Black Lagoon, in 1954, but her career didn’t start to take off until her Broadway debut was in 1957, in a production called Compulsion. In 1958, she was in a production called The Cold Wind and the Warm, which was showing at the Shubert Theatre in Connecticut.

In 1959, her next role was in a comedy production called Golden Fleecing. Her next main role was in 1961 in The Miracle Worker.

Whilst her film debut was in 1958 in The Geisha Boy, Pleshette didn’t have another feature film role until 1962, which was in Rome Adventure.

From 1958 through to 2004, Suzanne Pleshette had very regular television work. She appeared in 30 series, including Bonanza, Gunsmoke, and Ironside. She also had a role on The Bob Newhart Show for six years, from 1972-1978.

Pleshette acted in 25 movies from 1958 to 2001. The movies includedNevada Smith (1966) acting with Steve McQueen, and If It’s Tuesday, This Must Be Belgium (1969). One of her most famous roles was as Annie Hayworth in Alfred Hitchcock’s The Birds in 1963.

In 1964, Suzanne Pleshette married Troy Donahue, a fellow actor. She had appeared with him in two of her earlier movies, but the marriage ended in eight months.

Pleshette married for the second time in 1968, to Tom Gallagher, an oilman from Texas. The couple was together until 2000 when Gallagher died from lung cancer.

In 2001, Pleshette married another actor, Tom Poston. The couple had known each other for over 40 years, and they had been friends all that time. The couple was still together when Poston died in 2007, and Suzanne Pleshette then died a year later.

In 2006, it was announced that Suzanne Pleshette was receiving treatment for lung cancer. Although she insisted sometime later that she was cancer-free, friends had their concerns.

She was in hospital for pneumonia, and she said later that she had part of one of her lungs removed as part of her cancer treatment.

Suzanne Pleshette was honored with a star on the Hollywood Walk of Fame for her work in television.