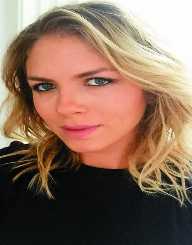 Suede Brooks was born on February 8, 2001 in Nevada. She was born into a very loving and caring family. She is an American YouTube personality and model. She is sixteen years old. She has two siblings, Blaze who is a graphic designer and India who is an avid blogger. Her parents own the ‘Diva Studio Salon’ in Vegas. They have been in the business for the past twenty three years.

Suede began her career at the age of eight when she did her first ad campaign for the clothing- retail company, H&M. When she was in school, she was bullied a lot and so left school and started online schooling to avoid all the bullying that was directed at her by her mates in school. She was fascinated with fashion from a very young age, and so her parents decided to help her pursue a career in modelling.

In 2013, Suede Brooks created her YouTube channel which was dedicated to fashion and makeup. She would create and then post on her channel makeup tutorials. When she was in middle school, she was constantly bullied by her peers that her parents had to come in and remedy the situation by pursuing legal measures to ensure their daughter’s safety. She could no longer take the tension that was building up because of her, and so she quit cheerleading and started online schooling. The shift in her life enabled her to pursue other ventures, and so she started checking out other fashion channels on YouTube before she decided to create her channel.

Suede Brooks realized that she loved fashion so much that she started her channel to showcase what she is capable of doing. She created her channel, and within two months her channel had become a sensation. Her channel focused on fashion and makeup tutorials. She became even more interested in fashion that she wanted to have a career from it. She approached STX which is an entertainment company that specializes in talent management. The company took her up, and since then she has not looked back but continues to make her career every second.

Suede Brooks is a beautiful and charming lady with an attractive personality. She started her career as a Vlogger, but now she is a famous and upcoming model. She is not new to the fashion industry because at the age of eight she did her first campaign ad for the clothing-retail company, H&M. She dared to pursue what she loves most, and that is fashion. In an interview, she mentioned that she has always wanted to create her clothing line. She said that when that dream comes true, then she shall call her clothing line ‘Suede.’

Suede Brooks is a good model with a beautiful body and a beautiful face. Her career in modelling is shaping up quite nicely, and she is not looking back but moving forward.  She has a unique sense of style that is associated with only her. Suede’s personal life has also been subject to intense and constant speculation.

In 2016, Suede Brooks was spotted with Niall Horan in Los Angeles. Horan’s fans were not happy about her alleged girlfriend, and so they took to social media to express their displeasure. Suede was not pleased because this was like another type of bullying and so she took to social media to express her anger with the speculations being made about her personal life. She has however realized that fame comes at a price and she is ready to face all challenges that come her way.

Suede Brooks ' greatest source of strength is the support that she gets from her parents in the pursuit of her career. She has devoted all her time and energy to her modelling career. She is represented by ‘No Ties Management.’ She is very busy that she has not vlogged for the last two months. She is however dedicated to her fans that she creates time to engage with them. It is almost sure that she will make it become a supermodel in the future.