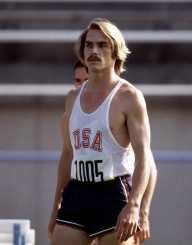 Steve Prefontaine became a long distance running performer who plunked over seven national records. But his career was cut short due to a car accident in 1975.Steve had a promising career, but it was an abrupt thought that we came to know about him for a short time. I know, he also had plans, but he signed off from the world at only 24 years old. Before fame, Steve loved to play basketball as well as football. Even then Prefontaine remains a true LEGEND that people came to new, all thanks to the passion and desire he had for the whole lot of things that he shared.

Steve: A Master Of All

Steve Prefontaine was the opposite norm of a jack of all trades; He was a master of all. But there was more to Steve than just a resounding talent. Talent by itself can’t ensure 100% achievements in any endeavor. Behind his fame, Steve inspired Nike, Inc. to unfold the wonders of athletic shoes. I am sure that he would have also changed their current slogan-Just Do It. It was just not enough for him; at least it isn’t sufficient for what was thought of him. Steve was a determined and vicious competitor. To him, leading was like taking a cup of tea in the morning.
Throughout his career, Pre didn’t let go of his stance. Many of his fans described him as a go-getter and the only one standing. Off his fame, Pre showed his personality by fighting for other athletes rights. He battled with Amateur Athletic Union AAU till his sudden demise.

On 25 January 1951, Steve Roland Prefontaine was born in Coos Bay in Oregon, United States. He joined Marshfield High School where he got interested in the sports industry, especially running. From inception, he had an athlete gift. However, he had one major problem: he was a bit shorter than other children of his age. Due to his size, he was moved to a running category while still in Junior High School. He was selected to run for long distance races in his team. He lost one of the expected races, but he promised to never lose for the rest of his High School journey. And to other people’s shock, his promise came to pass. He took the first rank in the track race and cross country competitions.

Steve accomplishments allowed him to join college where he earned a scholarship at the University of Oregon. While at the University, Pre acquired the number one position from the fresher year to the senior level. He was destined to set more national College Athletic records. Prerecords became more phenomenal. He rose to fame for his 2,000 and 10,000 meters records. Steve talent was profound, and nobody was meant to replace him. He had out of world aerobic skills and incredible physical abilities that made him climb up the ladder.

Accomplishments As An Athlete

Pre was trained by Bill Bowerman while he was still studying at the University of Oregon. It was here that he won 3 Division I NCAA Cross Country Championship as well as 3-miles title. After a short period, Steve came to rule his native Oregon. He first rose to fame when he appeared on the Sports Illustrated cover page at 19 years old.

Steve aimed for a medal during the 1972 Olympics in Munich. Unfortunately, he lost where he returned to his former University and completed his studies. He then competed at the 1976 Summer Olympics in Montreal where he won without defeats. Little did he know that his win will lead him to the early grave without notice. His life was cut short when he celebrated his victory and the in the process he drank excessively. He tried to wheel his car to the right direction, but due to alcohol influence it flipped countless of times and finally fell on a large boulder. This was another loss and worst defeat that he came across on that fateful night. At this period, no one could save him and keep him on track: not even a legendary coach. Pre lost his last race in life on May 30 at 24 years old. More than a decade after his demise, Pre still inspires America’s Greatest Distance runners across the globe.